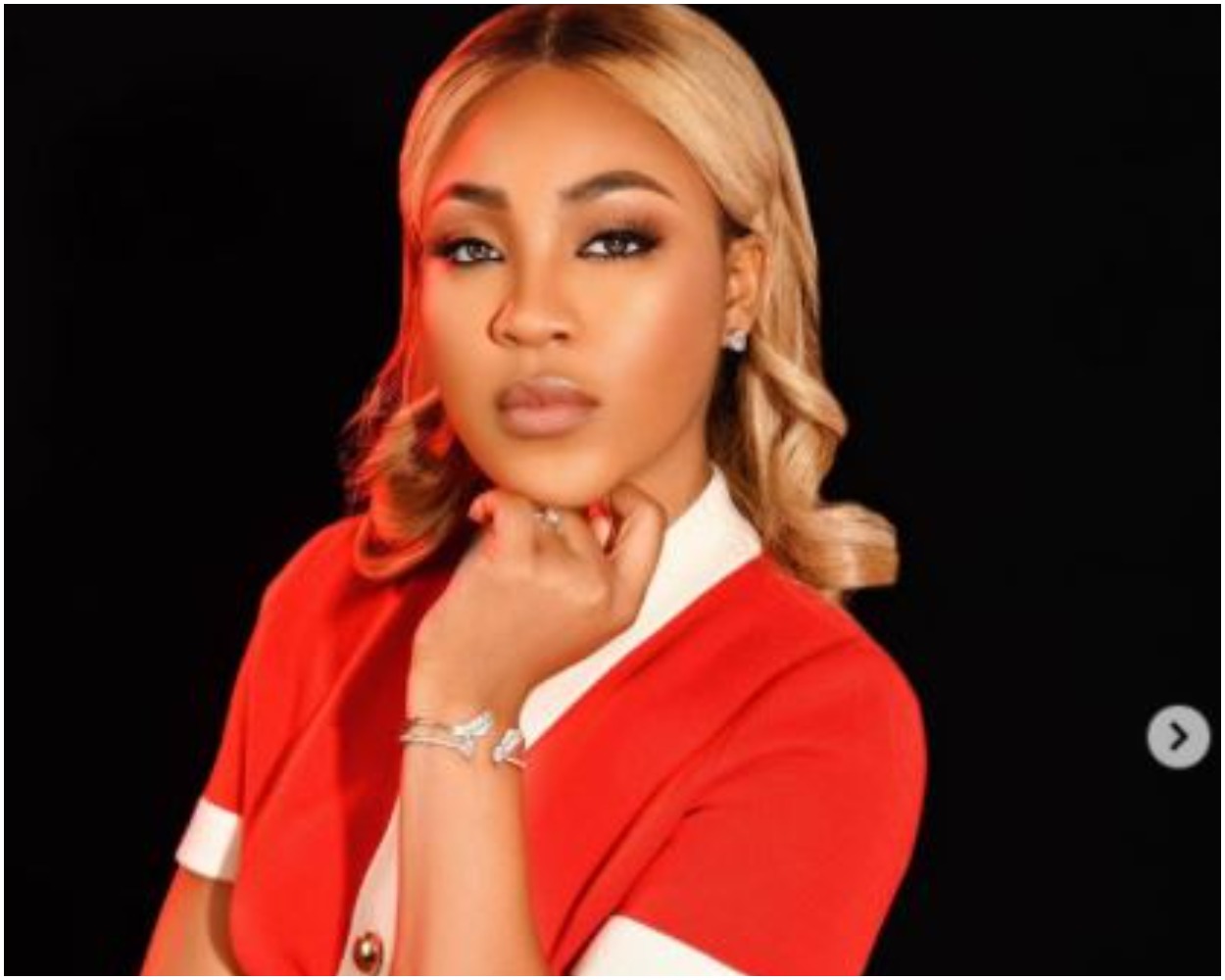 Former Big Brother Housemate, Erica Nlewedim has taken to social media to brag about the Caliber of women following her on Twitter.

Sharing the screenshots, she captioned ‘I brag different.’ 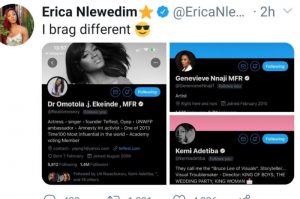 @UD_VeeV wrote; ‘They said you’re small girl association, where not worried we agree.’

@Linzy50481036 wrote; ‘Definitely baby! You’re followed by those that matters in the ground scheme of things. Let me help you to’

@Cphoh0 wrote; ‘Yesoooo. To The President of the small girls association’

@EmmyReggie wrote; ‘Yess brag my Queen!!! E no easy for legends in the industry to recognise you. Those you look up to… It means you are on a mission to attain their standards and possibly surpass it, Amen!’

@aweree wrote; ”Oh please. It’s great to recognize your seniors and be happy when you know they know about you and like you. There’s nothing like rivals here.”

@Scarletoflagos wrote; ‘Funny tip about Elites. folks who are on that societal level don’t brag. to them it a distasteful and crass act that should be left alone to the lower level of the pyramid. Smokes and screens and mirrors people.’