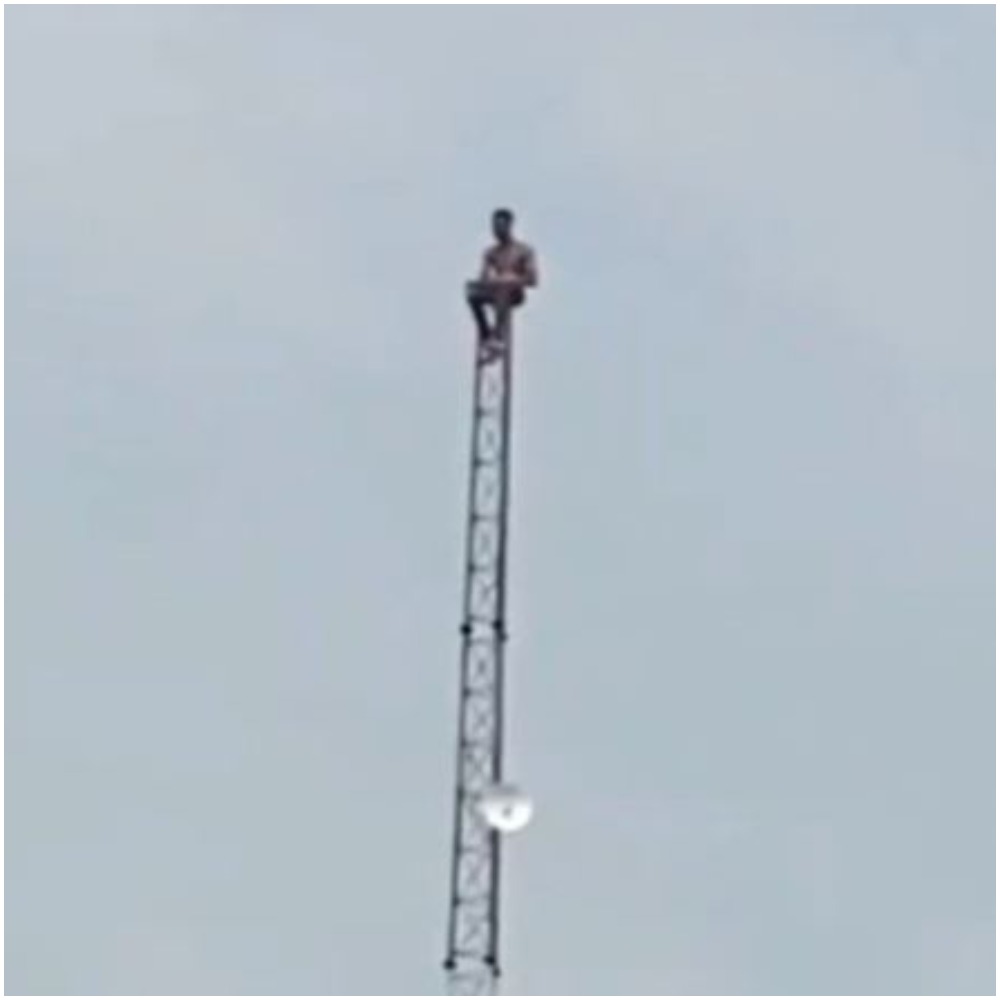 The video of a Nigerian man spotted sitting on a telecommunications mas in Opebi area of Ikeja has been a growing sensation since it was first shared on social media.

The man who’s yet be identified at the filing of this report was spotted sitting comfortably on a telecommunications mast in Ikeja.

According to reports, the man stormed the mast at the wee hours of Monday, April 19, climbing his way to the very top. However, his motive for climbing the mast is yet t be known as many fears he might be frustrated and suicadal. Naija News gathered that efforts are currently ongoing to rescue him to safety.

– Troubled man spotted on top of a mast in Ikeja, Lagos.

See some of the comments the video generated below;

@Serenaukotije wrote; ‘Depression everywhere. Most Nigerians can relate to how this man feels.’

@tweetbyshine wrote; ‘Since there’s no money on ground, baba decide to go up More wins bro’

@alloysius3 wrote; ‘This one they okay so lol’

@kingsolo_1st wrote; ‘That guy is just as confused as the Nigerian economy.’

MR COLLINS wrote; ‘It’s well …. Greet the people on the other side when you reach’

@King_Adekola wrote; ‘What are you supporting?? Let know what to type in situations like this na’

@Fine Engr wrote; ‘What we’re facing is enough to have this kind of thought.’