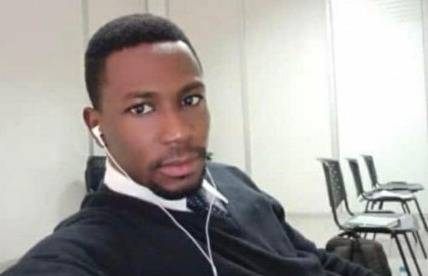 A Nigerian man identified as Wale, expected to tie the knot with his lover this Saturday has lost his life in a road accident in Aponmu village in the Akure South council area of Ondo State along Akure/Ondo highway.

It was reported that Wale who was at the Ikoyi Registry last Saturday with his lover had an accident while going to Akure for their traditional wedding scheduled for this weekend.

The bus accident saw four others dead, while the new bride who was on the bus reportedly sustained injuries.

A Twitter influencer identified as Oluyemi Fasipe @YemieFASH disclosed that the deceased groom was a manager at @OverlandAirways in Akure, Ondo State.

He wrote, “One of the victims of the accident that happened along Akure-Ondo road today is the manager of @OverlandAirways in Akure; his wedding is next Saturday, his wife-to-be was also on the bus, but she survived. May the souls of the departed rest in peace.”

Another social media user @SanVelly said, “Jesus! I was at the scene of the accident but I couldn’t even see the victims because I could get too emotional. The manager is a good friend at work (Akure Airport). He was coming from Lagos (Ikoyi) where he did his registry! Wedding to be held this weekend.”

The 18-seater bus marked Lagos AAA 859 XC in which they were travelling in from Lagos plunged into the Owena river, killing the deceased instantly.

It was reported that they were 10 kilometres to Akure when the accident occurred and the driver of the bus was reported dead.

Eyewitnesses told newsmen that the driver lost control of the vehicle while on top speed as it was raining.

The source said, “If not for the speed, the driver could have controlled the bus and prevented it from plunging into the river which is about 25 feet deep.”

“After the accident, the passengers were trapped inside the bus deep down in the river because people could not jump inside the river.”

“It took almost an hour after the accident before help came and five persons, including a five-year-old boy, were rescued and rushed to the hospital for treatment.”

The remains of the deceased persons have been deposited at the morgue.