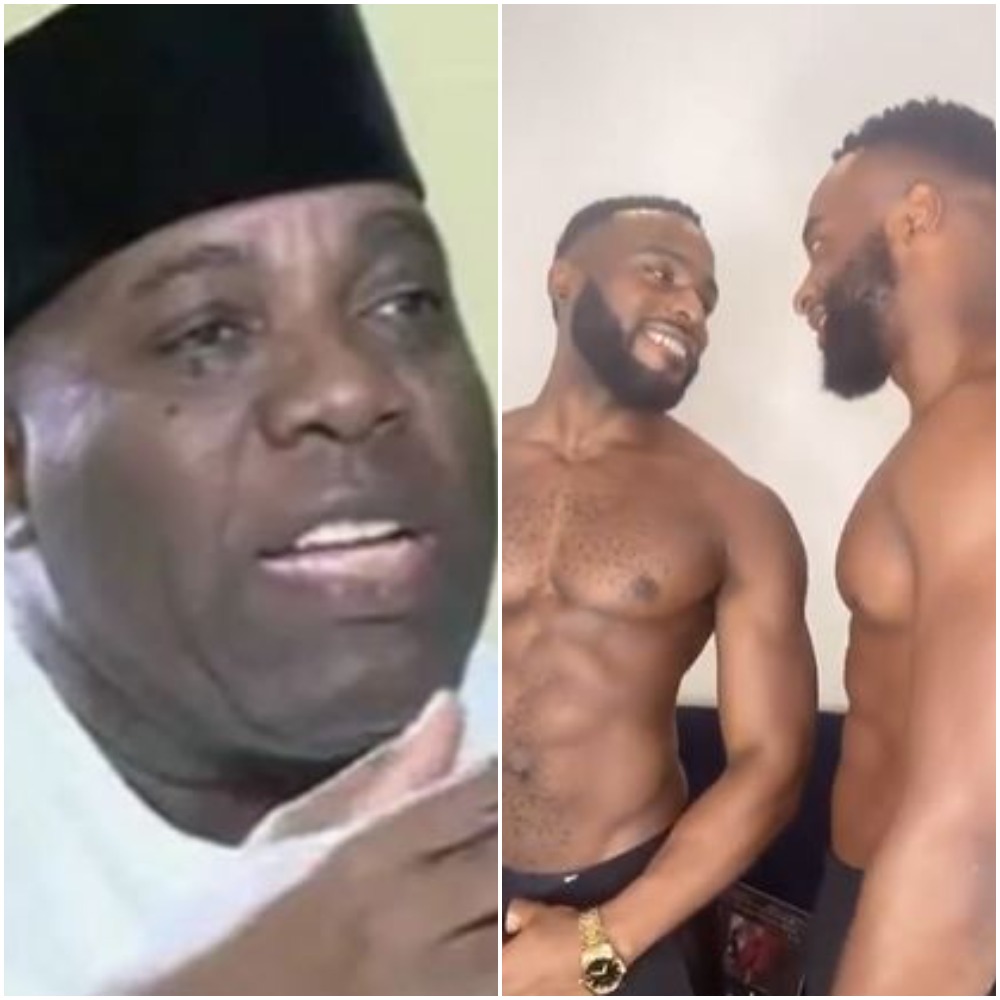 Bolu, Son of ex-president Goodluck Jonathan’s aide, Doyin Okupe, has shared hot clips with a hottie rumoured to be his boyfriend on social media.

In the video in tagged black couple, Bolu could be seen with a hottie, Mfaome, who is rumoured to be his boyfriend after openly declaring himself gay some months back.

Sharing the video on his Instagram, Bolu captioned it; ‘Blackgaycouples.’

Naija News recalls that Bolu came out of the closet as an openly gay man in January 2021.

Bolu posted a picture of himself in the rain- coloured shorts with a rainbow flag behind him.

He made this startling revelation on his Instagram page with a huge following of over thirty-three thousand people and has continued to push for the equality of sexual minorities.

Bolu Okupe graduated in 2015 from the University of Manchester, Uk.

Okupe, served as a presidential spokesman under the administrations of President Olusegun Obasanjo.