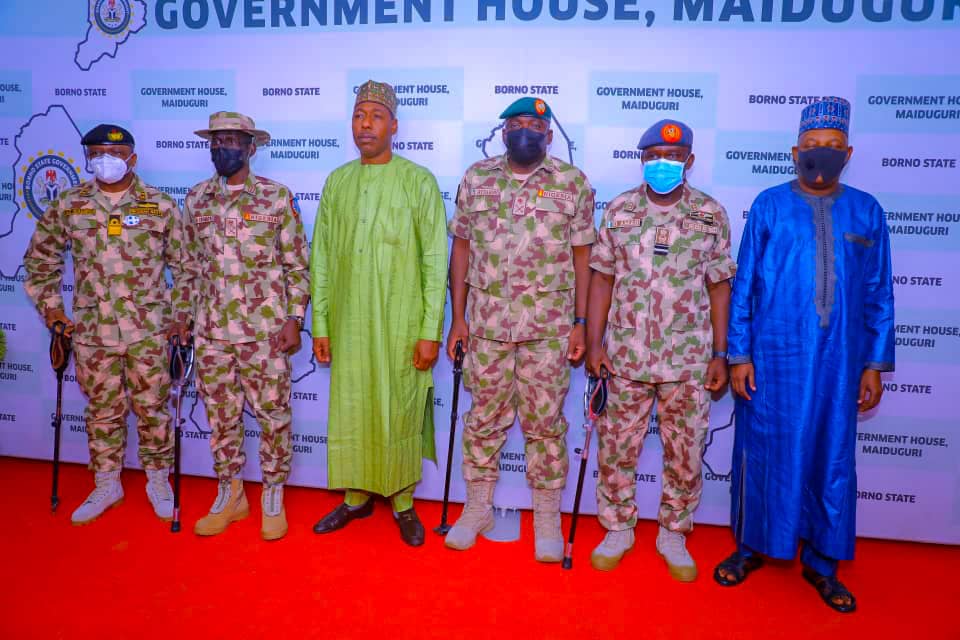 Naija News reports that Boko Haram insurgents had for the past one month consistently attacked communities in Borno and Yobe state.

This has forced the United Nations to temporarily suspend its humanitarian operations in Dikwa and Damasak.

The minister and his team were at the headquarters of Operation Lafiya Dole in Maiduguri, for an assessment visit.

Speaking during the visit, the Theatre Commander, Maj. Gen. Farouq Yahaya, commended the sustained commitment shown to the operations of the theatre by the minister, chief of defence staff and service chiefs.

General Yahaya said the troops were grateful for the minister’s visit to interact with them.

He noted that immediately after their appointments, the service chiefs, led by the chief of defence staff, visited the theatre and had been doing so regularly.

The minister and his team had a closed-door meeting with component commanders at the theatre headquarters during the visit, NAN reports.