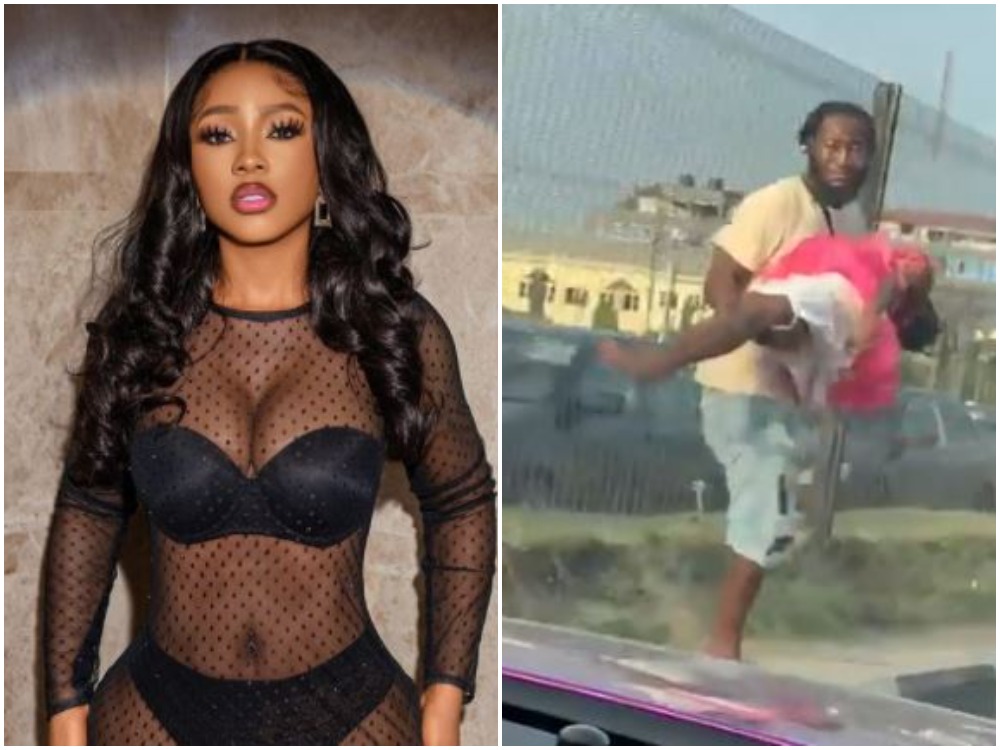 Nigerians on social media have expressed doubt after a die-hard fan of reality star and winner of Big Brother Naija season 4, Mercy Eke shared a video of the moment she saved a girl knocked down by a vehicle in Lagos.

The fan who identified as Gift took to the micro-blogging platform to share a video of reality star, Mercy Eke stopping to help a wounded young girl knocked by vehicle in Lagos.

According to Gift, Mercy took the little girl to a hospital and paid their bills.

Sharing the video on Twitter, the Lady captioned it;

‘‘God sent Mercy out today to help save this little girl’s life . The accident was fast mahn. The person hit a Rolls Royce, ran over a man and his little daughter and sped away. We heard the man died instantly (not sure)

That guy will call the guy later to ask of the girl’s dad because we weren’t sure of his state when we left. The man is alive. they said he has been taken to a hospital. The little girl is stable now Wow. Thank God . My kind fave.The guy who hit Rolls Royce was caught and had to follow us to the hospital. Mercy was calming him down.”

The accident was fast mahn. The person hit a Rolls Royce, ran over a man and his little daughter and sped away. We heard the man died instantly (not sure) 😩 pic.twitter.com/zvPVXyIe0T

Reacting to the video, a fan identified as Precious Amengialue on Instgram queried saying, ‘‘But who had time to be making this videos, thanks mercy God bless you”

Another fan, iyiadeblack wrote; ‘‘Make I no talk before they will say this black as started again 😂but anything videoed doesn’t sound legit to me, was the girl crossing the road, how come everyone was passing and no one helped, Nigerians ain’t that bad, na why we always enter WAHALA, because we have big heart when it comes to matters like this, but anyhow thank your Messi”