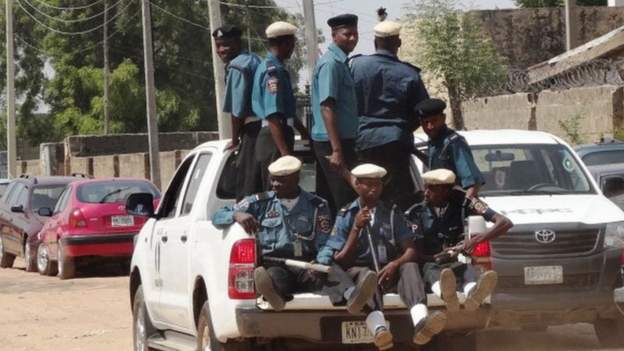 The Kano State Hisbah Board has arrested eight persons at Tudun Murtala in Nassarawa Local Government Area and Hudebiyya in Sharada, Kano, over their alleged refusal to fast during Ramadan.

The Executive Director of the board, Dr Aliyu Kibiya, confirmed the arrest in a statement signed by Malam Lawal Ibrahim, Public Relations Officer of the board in Kano on Thursday.

Kibiya said the arrests were made following reports from residents of the areas.

He said: “The culprits were five females and three males, eating in the afternoon in the month of Ramadan.

” It further explained that the board would continue to conduct raids in all parts of the state to curb the development.”

Meanwhile, Governor Nasir El-Rufai of Kaduna State has denied threatening to arrest and prosecute parents of the abducted students for negotiating with bandits.

Recall that bandits had abducted students from the Federal College of Forestry Mechanisation, Afaka, Kaduna State.

10 of the students abducted on March 11, 2020 were later released by the bandits, while 29 still remain in their kidnappers’ den.

Parents of the students have raised an alarm that the bandits are threatening to kill their children held hostage.

While the parents have continued to seek dialogue with the kidnappers to help rescue their children, the Kaduna government has insisted it will not take such measure, warning of its consequences.

In a statement on Friday, the Kaduna Commissioner for Internal Security and Home Affairs, Samuel Aruwan, said the state will continue to make efforts to crush bandits.

According to him, El-Rufai will not join issues with the parents neither will he succumb to the “politicisation” of the matter.

“The Governor will continue to work hard until banditry is contained, without succumbing to emotional blackmail and gradual politicization of the unfortunate situation,” he said.

“For instance, some sections of the media have been reporting the parents’ responses to purported threats by the Governor to prosecute them, which is simply false and deeply mischievous.

“The statement of the Government warning impostors who have been presenting themselves as Government-appointed emissaries to negotiate with bandits across the State has nothing to do with the parents or relatives of the abducted students or any other person in captivity.

“Finally, the State Government will not join issues with the parents whose pain we understand and with whom we share the common goal of the return of all the abducted students.”