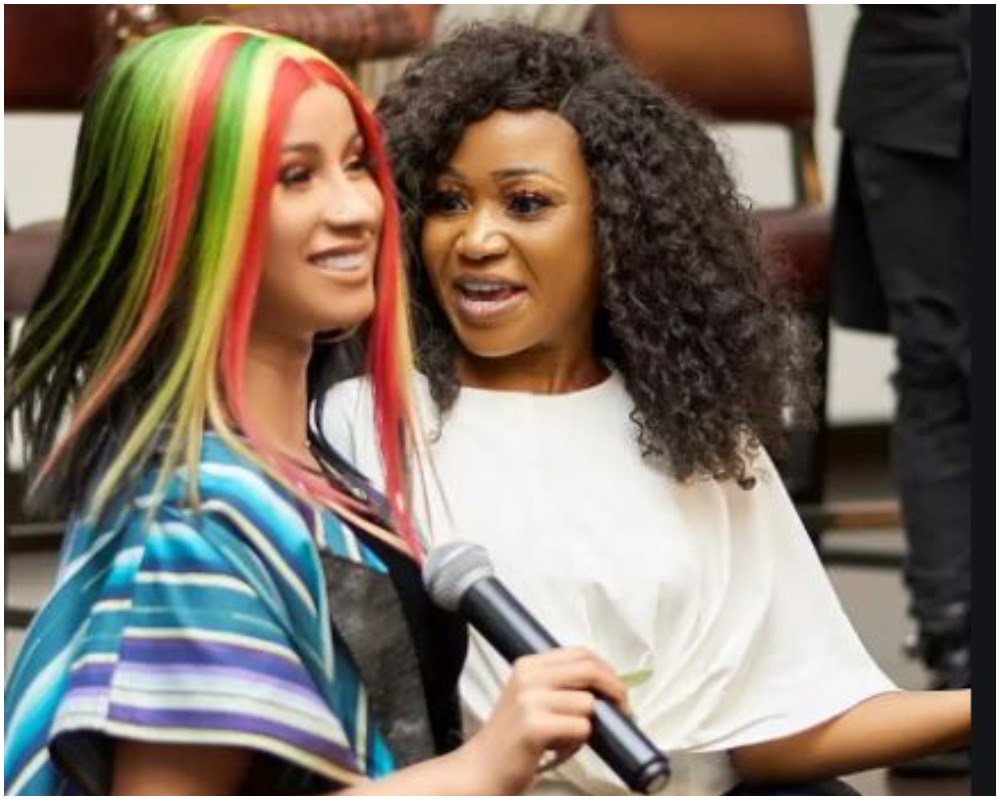 Popular American rapper, Cardi B has reacted to the 90-days imprisonment sentence handed to Rosemond Brown, also known as Akuapem Poloo, on Wednesday 14th April, 2021 for posting nude photos with her son on social media.

This comes after a media platform, Afromusik, tagged her on Twitter seeking her opinion about the jail sentence.

Replying to the Tweet, the 28-year-old entertainer noted that the jail sentence was too harsh. She added that a social media probation or community service would have been better revealing that the theme and notion behind Akuapem nude photo could have come from a natural and not a sexual place.

Read the exchange below;

Afromusik wrote; ‘@iamcardib your twinee in Ghana, Akuapem Poloo has been sentenced to 90 days imprisonment for posting naked photos together with her son on her son’s birthday in June 2020. What’s is your take on this Cardi?’

Replying Cardi B wrote; ‘I seen a lot of Americans do photoshoots like that. Even tho is not my style i don’t think she was going for sexual more going the natural idea. I think jail is a bit harsh. Maybe social media probation or community service.’ 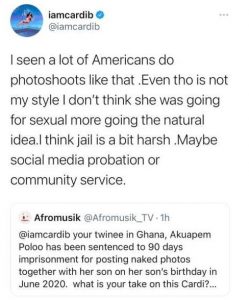 Recall that the Accra Circuit Court on Wednesday convicted the actress over a naked picture she posted on her social media space on her son’s birthday last year. Poloo was convicted after pleading guilty to the charges of a misdemeanour, domestic violence and publishing obscene material. She was remanded into custody to undergo a pregnancy test but it appears the test came out negative hence the ruling.