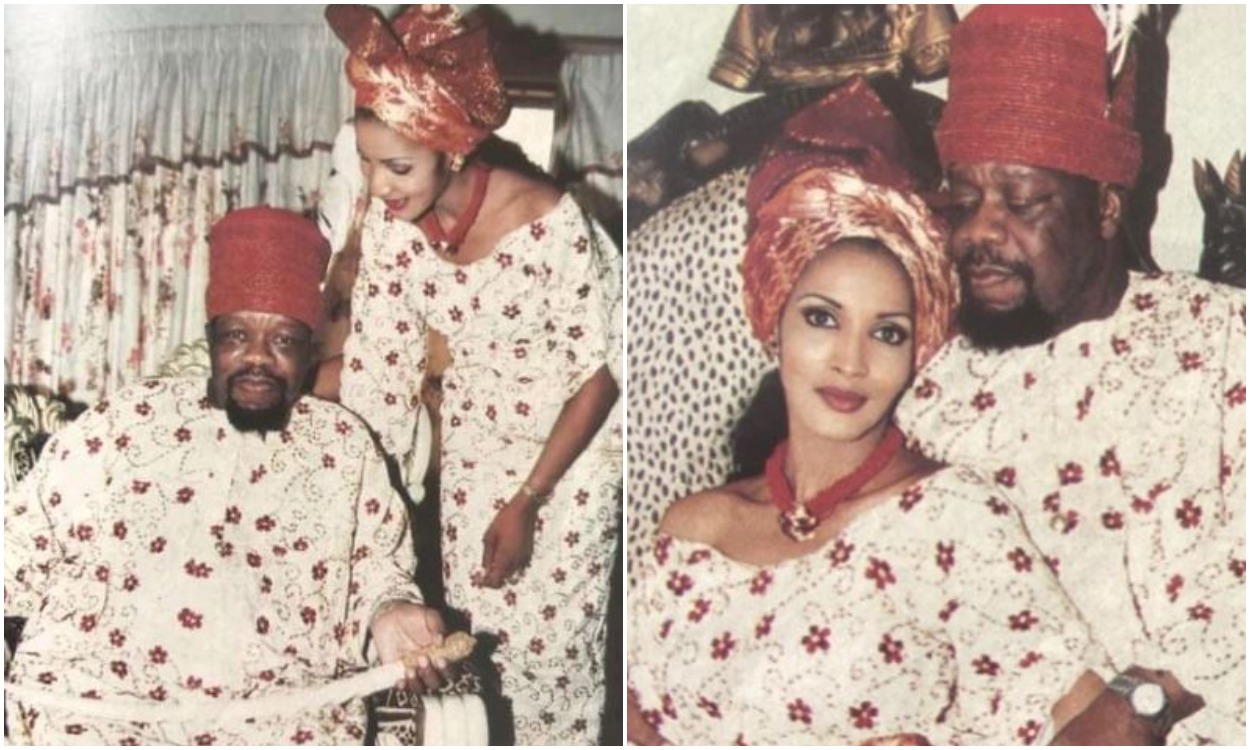 Bianca Ojukwu, wife to late Chukwuemeka Odumegwu-Ojukwu has taken social media to share old photos from her traditional wedding 20 years ago as she marks their anniversary.

Biance Ojukwu, via her father page on Friday, expressed words of love and admiration for her husband. She also shared photos of her and Ojukwu from their traditional marriage 20years ago, captioning it; ”TRADITIONAL MARRIAGE CEREMONY ANNIVERSARY: CHUKWUEMEKA and BIANCA (16 APRIL 2001.)

On this day, 20 years ago, All roads led to the hilltop town of Ngwo in Enugu State for the momentous event tagged ‘IGBA NKWU BIANCA’. 12 years in wait, 7 years after our wedding and 3 children later, the father of the bride said ‘Yes’!. Enugu was shutdown by a mammoth crowd as people from far and wide, distinguished personalities from all over the country as well as all the governors of the south Eastern States stormed the legendary ‘Okwor’s Fortress’, the ancient stone palace of the late High Chief Gabriel Okwor Onoh, Father of Chief C.C. Onoh, to witness this significant event. It was nothing short of a carnival!

On this Landmark anniversary, I pay tribute to my father Chief C.C. Onoh ( this man of steel dressed in these pictures, in the sky blue kaftan) whose initial resistance and tenacity helped oil the wheels to propel what would eventually become a highly successful marriage…my husband was determined to prove himself a worthy son-in-law….and I also celebrate my knight in shining armor, Dim oma, Chukwuemeka Odumegwu Ojukwu for validating the choice I made, for being a wonderful husband and a devoted father to our children….Oga m, Gi nwe aka! Here are just some of the pictorial memories of that spectacular day. I am quite certain many of you (throwback generation ?) will recognize yourselves in some of these pictures” 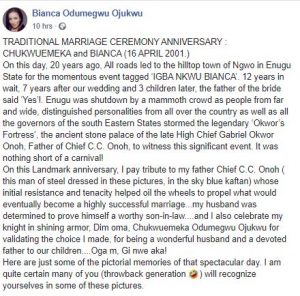 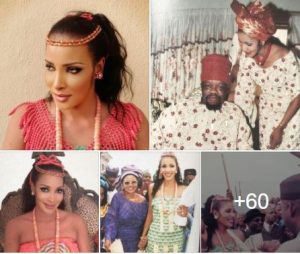