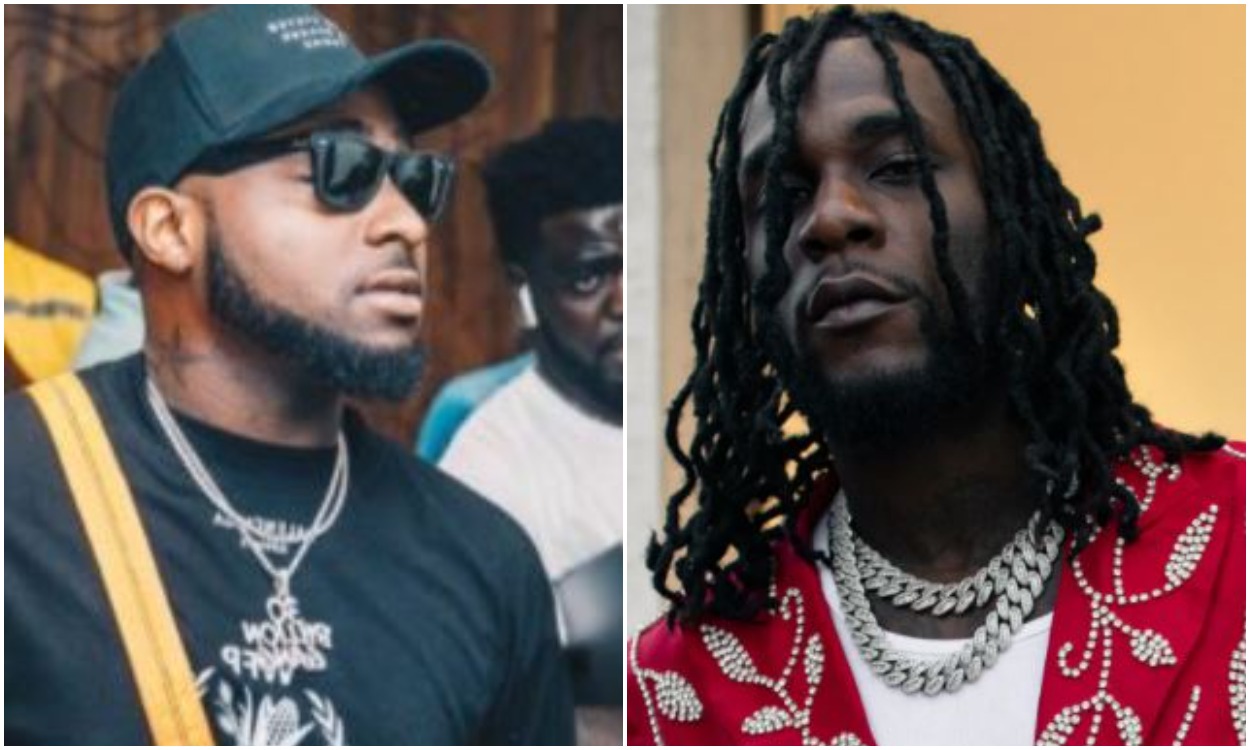 A Nigerian man identified as Wande caused an uproar on social media on Thursday, April 15th after he accused Grammys award winner and self-acclaimed African Giant, Burna boy of competing with Davido.

This comes after a recent photo of Burna Boy pictured him rocking the same kind of expensive jewellery Davido wore some few days back. However, after a critical comparison, fans and followers are not buying into his theory and have attacked him for his claims.

Going by reactions to the post, Naija News gathered that Burna Boy’s fans don’t see any competition claimed by Mr Wande. According to one of the fans, Burna Boy can buy whatever he deems please with his money as there is nothing wrong with rocking the same expensive Jellwey as Davido.

‘Why burna dey always compete? I just knew he was going to do this’ 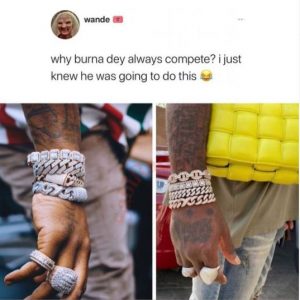 Responding, an Instagram user, moninamanila wrote; ‘It’s HIS MONEY. He can buy what he wants. He can do what he pleases with it. It’s your time so you can laugh about it, but it’s still his money. Not yours’

Another user, preciousjudg wrote; ‘All of dem born u well compete too whether get d means. I’m a Davido fan but na una fans dey cause beef’

Mesan_gold wrote; ‘The idiot is a nobody. I love the two African Giants.’

queen_neth wrote; ‘no bi your fellow men dey buy all these diamonds your own na to dey look competition upandan.’