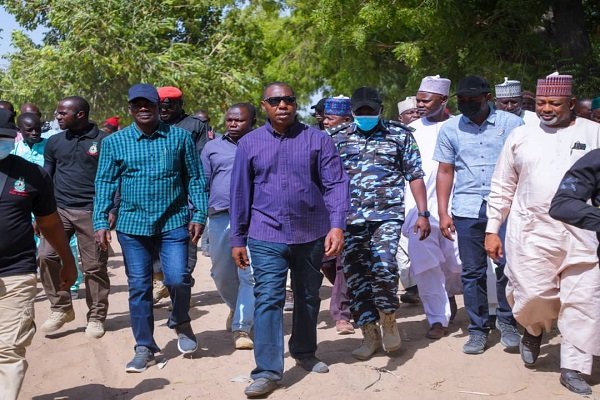 Borno State Governor, Professor Babagana Zulum on Thursday visited Damasak town and slept over till Friday in the company of some other top government officials.

The visit follows Boko Haram Tuesday’s attack on the town which is the headquarter of Mobbar local government area in the state.

Borno South Senator, Abubakar Kyari who hails from Damasak accompanied the Governor on the visit.

During the visit, it was confirmed that no fewer than 18 persons died while 21 others were injured when Boko Haram terrorists attacked Damasak town in Borno on Tuesday.

Zulum used the opportunity to commiserate with those affected by the attack and also held meetings with security agents in the area after which he presented 12 vehicles, which include an armoured personnel carrier (APC) and 11 patrol vehicles to the security team in the area. 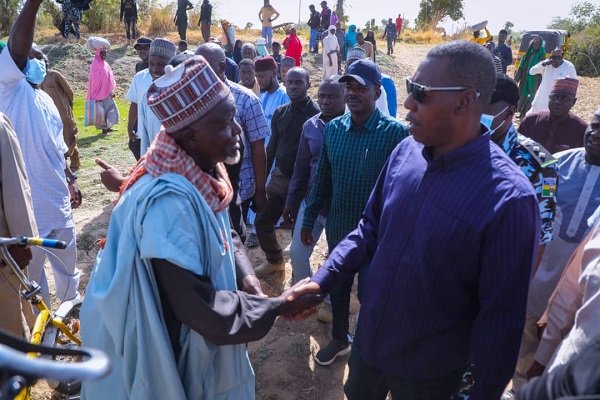 Naija News understands that part of the reasons behind the Governor’s decision to spend the night in Damasak is to clear the rumour that Boko Haram terrorists have succeeded in taking over the town.

As previously reported by Naija News, the UN humanitarian hub, private houses, a police station, palace of the district head, a primary healthcare centre, and a GSM Village were among property destroyed during the attack by insurgents.

The Governor during his visit, promised that security in the area will be strengthened to prevent future attacks on the community.

Meanwhile, Governor Bello Matawalle of Zamfara State has suspended the District Head of Badarawa in Shinkafi Emirate, Surajo Namakkah, for conferring a title on a military officer arrested for selling ammunition to bandits.

Matawalle approved the suspension of the monarch in a statement on Friday signed by the Director-General of Media to the State Government, Yusuf Idris.

The governor said the state would not tolerate anything capable of destroying the hard-earned peace of Zamfara, adding that anybody found wanting in anyway will be dealt with accordingly.