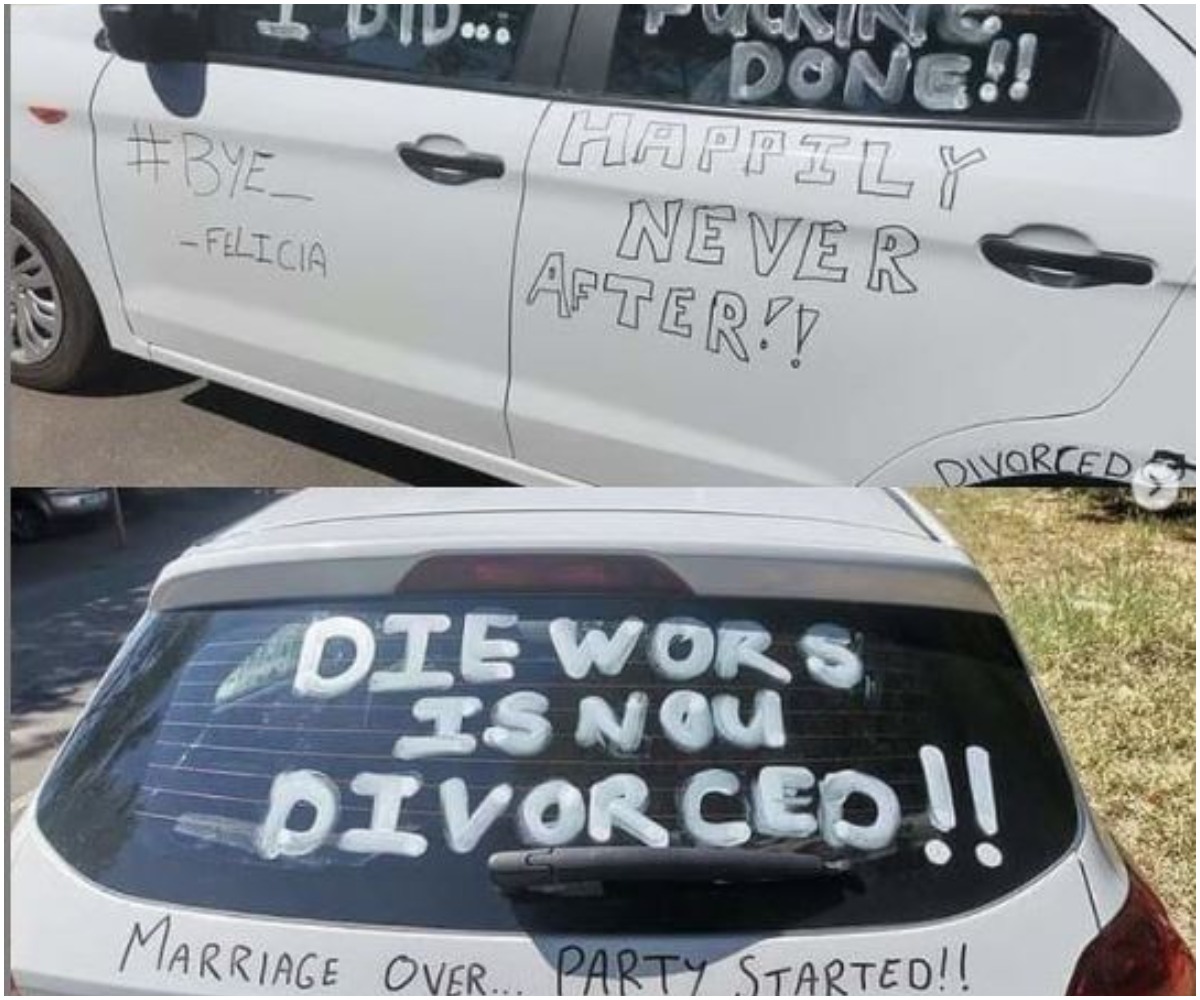 Nigerians on social media have reacted to the viral photos of a man who defaced his car to celebrate and announce his divorce.

The viral photos, which has become a growing sensation on social media, capture words of a man who’s yet to be identified painted his car to show how he feels about the divorce.

Naija News gathered that the man whose divorce was finalised on 12th April could not contain his joy as he painted words about how he feels all over his car.

He also wrote; ”Happily never after”

”Proud wasband” He added close to the headlights as he underlined the ”Was three times.”

However, the photo has sparked outrage as many Nigerians were left in shock at the man’s excitement over his divorce.

@beckyuae wrote; ‘That guy must have gone through hell…l probably guessed they were white couples’

@dodolady4eva wrote; ”This is so funny and it’s even a guy celebrating like this, yet women will prefer to die inside than leave cos of what people will say. Receive wisdom people, leave and live IF it doesn’t work!!!”

@avena_naturals wrote; ‘you guys should stop making marriage scary for us’

@symply__promise wrote; ‘I won’t blame anyone tho. If you don’t feel okay with your marriage kindly leave . You don’t have to loose your sanity just for it. Your happiness matters the most‘ 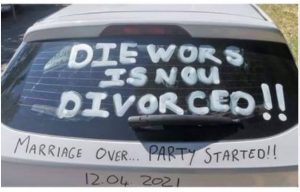