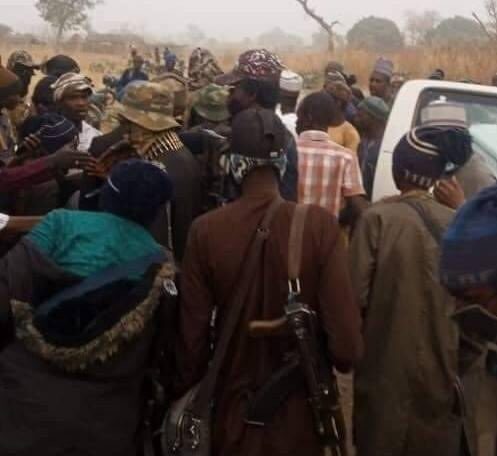 It was gathered that the residents of Majifa village laid ambush for the unsuspecting bandits.

Speaking to DailyTrust, a resident stated that the incident occurred in the early hours of Monday.

“Resident of the village received the information that bandits were planning to attack them that night, so they ambushed them and God helped them to repel the attack and they killed at least 30 of the bandits,” he said.

He, however, added that other bandits rushed back on camels to retrieve the corpses, saying, “While the villagers were waiting for the day break to burn the corpses, they woke up to see that all the dead bodies had been taken away, with other neigbouring villages confirming that some people did that using camels.”

That was the third time within three weeks that residents would confront gunmen.

On Sunday, residents of Magama in Jibia Local Government confronted attackers and killed three of them.

Similarly, residents of Yan Marafa and Mununu villages in Faskari Local Government Area of Katsina faced their attackers during which many were killed.

A source that spoke with SaharaReporters, noted that the attack is the 8th incident in a week.

Naija News had earlier reported that the terrorists in the early hours of Wednesday clashed with military officers in Damasak, Borno State.

Troops had chased the terrorists out of the town on Tuesday but they returned in the early hours of Wednesday, shooting sporadically and setting houses on fire.

According to a military source, the insurgents are desperate to take control of the town.