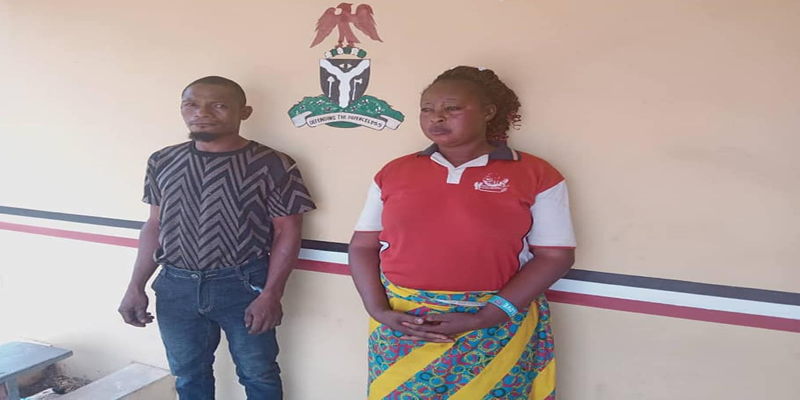 One Mr Alatile and his wife Omowumi Olamilekan are currently answering questions as to why they inflicted burns on a child in their custody.

Naija News understands that the duo were apprehended by authorities following reports that they jointly tormented a 12-year-old boy, Gbenga Oreniwon. It was gathered that the couple used hot electric pressing iron to inflict severe burns on the child.

This online news platform understands that the arrest of the two was effected after one Fikayomi Aaron on Saturday, March 10, 2021, posted on her Facebook page that “Oreniwon sustained serious injuries inflicted on him by the couple, who were suspected to be the boy’s guardians.”

Learning of the brutal action and the child’s situation, the Chairman, Yagba West Local Government Area of Kogi State, Pius Kolawole ordered the arrest of the couple.

The Senior Special Assistant to the Chairman, Toba Abraham, who confirmed Alatile and his wife’s arrest, said immediately Kolawole got wind of the incident through a Facebook post, he ordered the security team of the council to find them and hand them over to the appropriate authorities.

Kolawole described the action of the couple as evil, saying it was wickedness against humanity. Reacting to the incident, a resident of Egbe, Jacob Oluyemi, described Kolawole’s action as showing capacity for leadership, expressed appreciation to the council boss for his quick action to apprehend the couple.

Meanwhile, an army corporal serving in Borno State has reportedly ended his life after shooting himself in the head.
Naija News reports that one of his colleague serving with 212 Battalion, Maiduguri, while speaking on the incident said the deceased must have killed himself due to depression.