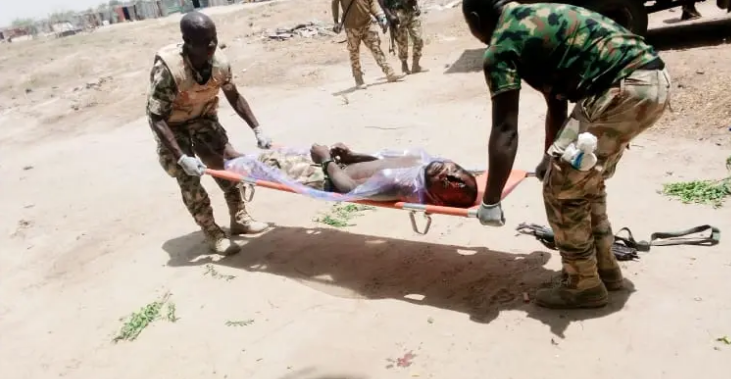 An army corporal serving in Borno State has reportedly ended his life after shooting himself in the head.

One of his colleague serving with 212 Battalion, Maiduguri, while speaking on the incident said the deceased must have killed himself due to depression.

The incident happened on Saturday when the deceased was seen lying next to his gun with a severe bullet wound in the head.

The colleague had said, “Cpl Kila Jima from 152 Battalion, Banki on 10-4-2021 just carried his personal rifle and shot himself dead.”

It was gathered that the soldier had shown some sign of depression before he eventually took his life.

According to his colleague, “He was among the soldiers involved in counterinsurgency campaigns who have overstayed in the theatre of operation.”

“He had shown a lack of interest in the job because of depressive disorder.”

Army authorities in Borno State are yet to release a statement on the development.

Meanwhile, the Nigerian Air Force (NAF) has declared that the missing Alpha jet which disappeared from the radar on Wednesday, March 31 while on a mission against Boko Haram is yet to be found.

The NAF spokesperson, Air Commodore Edward Gabkwet made the declaration while reacting to allegations that the Air Force was hiding some things about the missing jet.