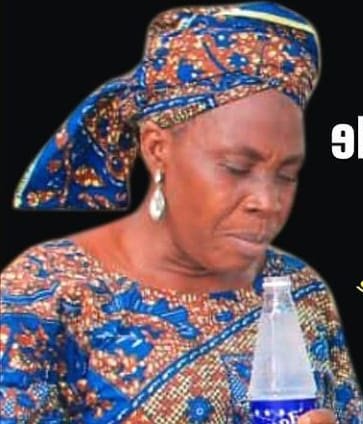 The Nollywood industry has been thrown into another round of mourning over the death of veteran actress, Ashabi Ayantunde aka Iya Ife.

It was gathered that the actress died on Sunday evening in Ile Ife, Osun State after a brief illness. She was reportedly sick for just a week before giving up the ghost on Sunday.

“She fell sick last week and she was taken to Ile-Ife, Osun State before she died yesterday (Sunday) evening. May Her Soul Rest in Peace,” a colleague informed.

Iya Ife was a member of the Theater Arts And Motion Pictures Association of Nigeria, TAMPAN and belonged to the Oshodi-Isolo branch.

Naija News reports that her death comes barely 48 hours after the passing away of veteran Nollywood actor, Chief Bruno Iwuoha.

His death was confirmed by a close associate and filmmaker, Derik Zai who revealed that Iwuoha died at the National Hospital in Abuja.

It is understood that the veteran actor had battled with diabetes and going blind for years before eventually giving up the ghost.

Iwuoha had been in coma for about 3 weeks before he eventually died.

Recall Ada Jesus had accused popular prophet, Chukuemeka Odumeje, of conniving with the actress to stage fake miracles and help Edochie get men that sleep with her.

A few months later, the comedienne came down with a kidney problem that got her incapacitated and unable to speak after she made the allegation in 2020.

However, Ada Jesus has released a video from her sickbed to plead for support and prayers from fans and well-meaning Nigerians to help her beg popular native doctor, Chi Marine, Odumeje, and Edochie.