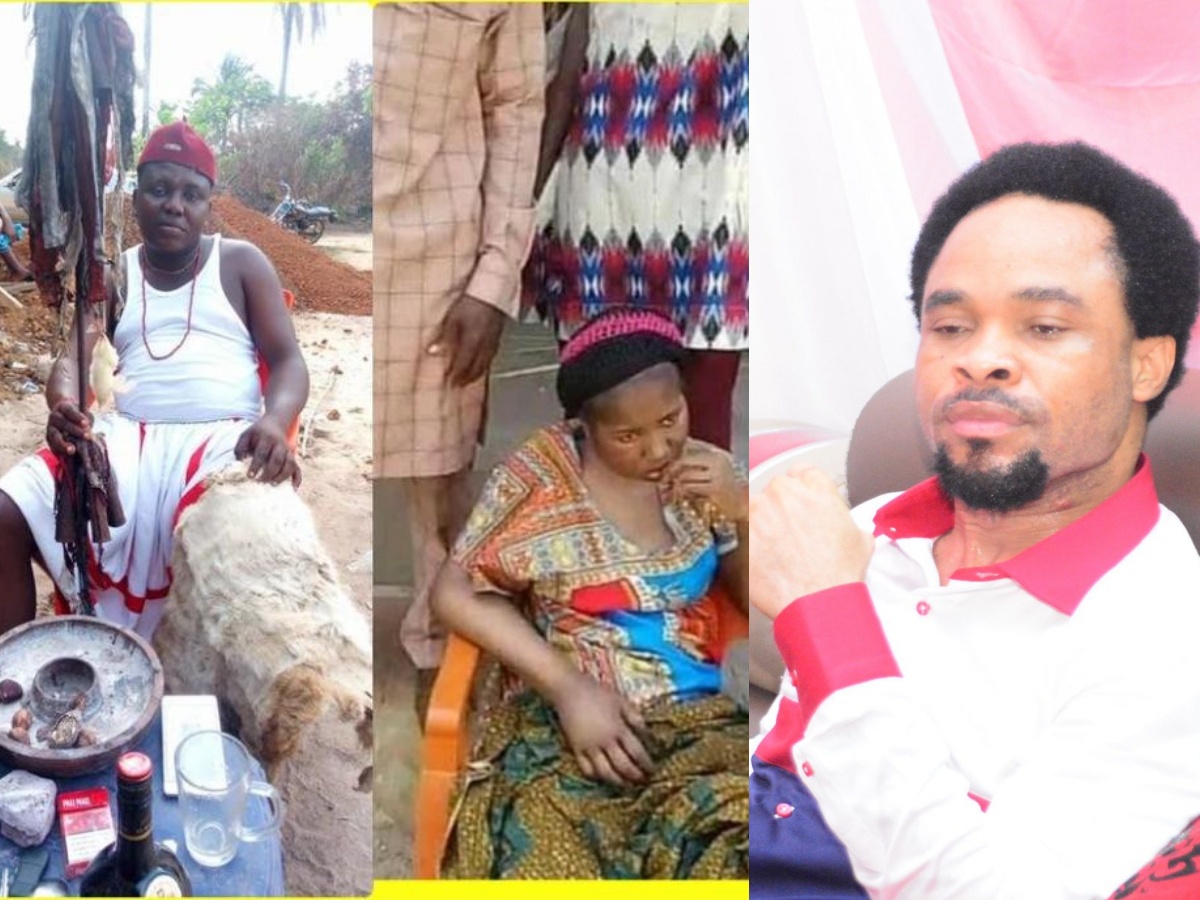 The General Overseer Of Mountain Of Holy Ghost Intervention in Onitsha, Prophet Chukwuemeka Ohanaemere (Odumeje) has been begged to forgive a paralyzed lady, Ada Jesus.

Naija News reports that Chi Marine, a native doctor based in Delta State capital, Asaba, appealed to Odumeje in about 18 minutes video viral on the internet, to forgive the comedienne who made defaming allegations against him and Nollywood actress, Rita Edochie.

Chi Marine said he decided to forgive ‘Jesus’ because he does not know when he would die. According to him, there’s no sin that cannot be forgiven and hence, Odumeje should release the lady who is down with an ailment that left her paralyzed and unable to speak.

He also expressed hope of ‘Jesus’ surviving the ailment that has messed her life up.

Watch the video below as shared on LIB;

His death was confirmed by a close associate and filmmaker, Derik Zai who revealed that Iwuoha died at the National Hospital in Abuja, Naija News reports.