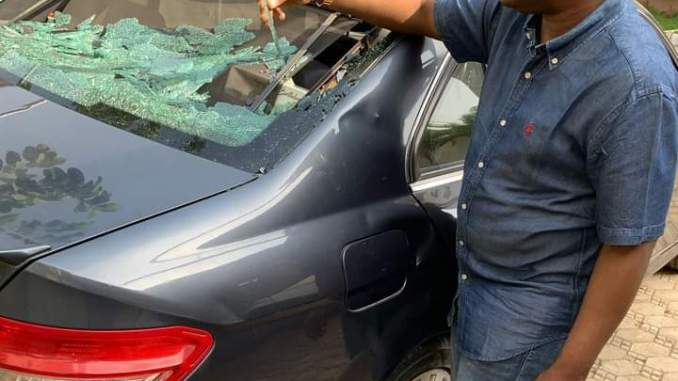 An aide to former Vice President Atiku Abubakar, Aliyu Abbas escaped an assassination attempt on his life on Saturday.

It was gathered that Abbas narrowly escaped death following an attack on his convoy by gunmen on his way to Lafia, the Nasarawa state capital.

He was said to have been travelling alongside some others.

The incident was confirmed by the director of media and publicity, Atiku Care Foundation, Okpani Jacob Onjewu Dickson bot he didn’t provide much details.

Abbas is the special assistant to Atiku on youth and support groups.

It was gathered that the cleric was kidnapped in Okigwe Local Government Area of Imo State along Enugu -Port Harcourt Express Road.

Onyeocha who is also a lecturer in the Faculty of Humanities at the Imo State University, is a native of Avuru Community in Ikeduru Local Government Area.

The Catholic priest was travelling back to Owerri from Enugu when he was abducted.

An eyewitness disclosed that Onyeocha was driving when the gunmen forced him to stop by shooting sporadically into the air.

However, it was not clear if the priest was alone in the car, but an eyewitness said that the villagers heard some sporadic shooting and later confirmed the identity of the victim with his cassock and identity card.