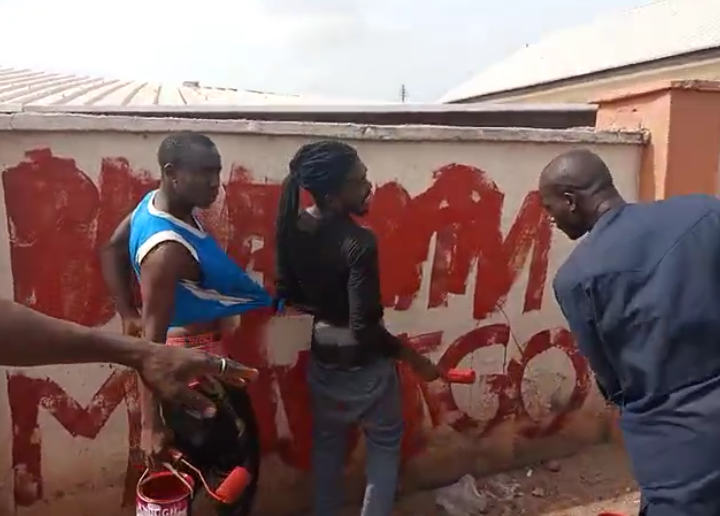 The Peoples Democratic Party (PDP) condemned the assault on the two men, Anene Victor, and Emmanuel Larry for protesting against President Muhammadu Buhari.

In a viral video on Monday, supporters of the President paraded and physically assaulted the protesters for spraying graffiti and pasting posters reading “Buhari must go”.

Reacting to the incident, the Kogi State Government commended the youths for arresting and flogging the protesters, saying the people of the state would always support the Buhari government.

But in a statement on Friday signed by its spokesperson, Kola Ologbondiyan, the PDP described the actions of the touts as insensitive and dehumanising.

The party said the protesters have every right to protest against the incompetence of the Buhari administration, adding that their human rights have been violated.

The PDP said it rejected the allegations of trespass as the basis for the attack on the protesters, noting that such claims should have been taken up in court.

It said it recalled how Buhari, as the presidential candidate of the APC in 2014, led other leaders of his party who took to the streets and “disrupted public activities in the exercise of such freedom and nobody hired thugs to attack or flog them in public”.

The statement reads: “These graffiti by Nigerian youths are a loud demonstration against the impunity, divineness, high level incompetence, massive corruption as well as the insensitivity of the APC and its administration to the sorry situation they have plunged our dear nation.

“The Nigerian youths, by the graffiti, are demonstrating against the failure of President Buhari and the APC to take decisive steps to address the incessant mass killings, high level unemployment, poverty and economic hardship that their administration has foisted on our country.

“The graffiti is also an open aversion to the looting of over N15 trillion by APC leaders at the time our nation is battling with 33% unemployment rate; at a time over 40 million Nigerian have lost their means of livelihood due to APC misrule and where most families cannot afford the basic necessities of life.

“Moreover, the use of political graffiti by citizens is a global practice to express themselves particularly in democratic setting.

“It is, therefore, a mark of intolerance, disdain and insensitivity to the plight of the people that instead of accepting and taking steps to address their anxieties, the APC chose to unleash their thugs to flog and dehumanise Nigerian citizens exercising their right to freedom of expression, as witnessed in Kogi state.”