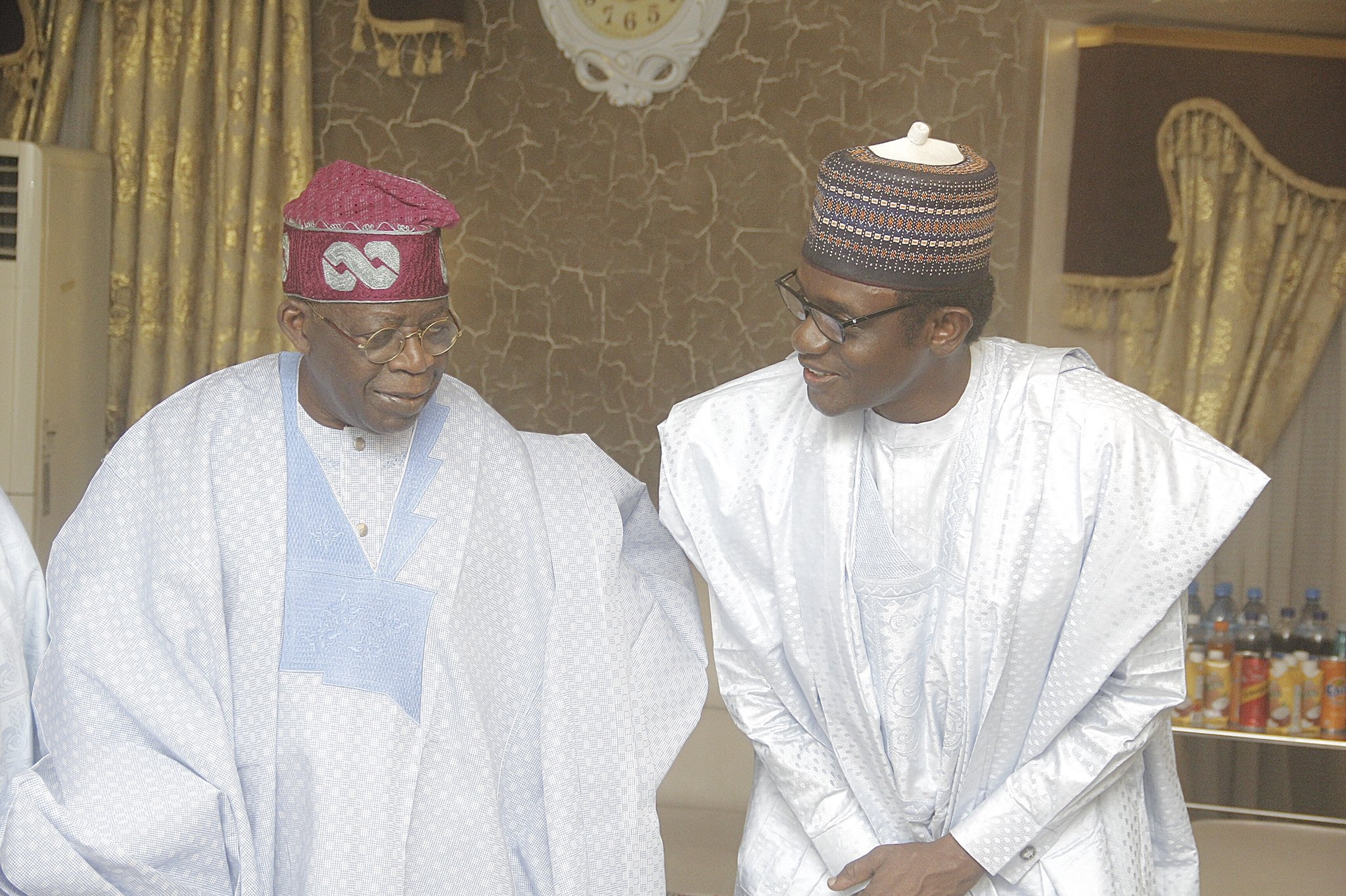 The condolence visit is as touching the death of Buni’s grandmother, Hajja Fatima Mallum Yuram who died last week at the age of 102 years.

According to a statement made available to newsmen by Buni’s Director-General Press and Media, Mamman Mohammed, the two leaders met in Abuja.

The statement quoted Tinubu to have told Buni, the Yobe State Governor that the family of late Hajja Fatima “will greatly miss her wisdom and prayers to the family, state and country.”

He further prayed Allah to grant the departed soul eternal rest and the family she left behind the fortitude to bear the loss.

On his part, Governor Buni thanked Asiwaju Tinubu for taking out time to condole with him and his family.

Meanwhile, four persons have reportedly died in a house fire allegedly set up by a man who was dumped by his lover in Ibadan, Oyo State capital.

It was gathered that one Ahmed Saka on Wednesday night, April 7 attacked the mother of his children, Mutiat at their apartment and set the building on fire, killing himself, the woman and two other children in the process.

Naija News learnt that Mutiat had been with Saka in their home in the Shogoye area in Oyo State, but recently, she declared she was no longer interested in their relationship and will be leaving him for good.

The development, however, got Saka infuriated and had since then threatened he would kill her for walking out of their marriage. Keeping to his words, Saka on Wednesday night April 7 set their home ablaze, killing Mutiat, two children, and injured four others with severe burns.

Reports revealed that apart from Mutiat and Saka, two children, Ramon Sarumi (10) and Abiodun Oladele (seven) also died in the inferno. While those with severe burns include Bisola Oladele, Lateef Sarumi, Aishat Sarumi, and Wosilat Sarumi.

The incident is said to have been reported at Mapo police station by one of the neighbours, Olaide Aliu at about 5:10 am.