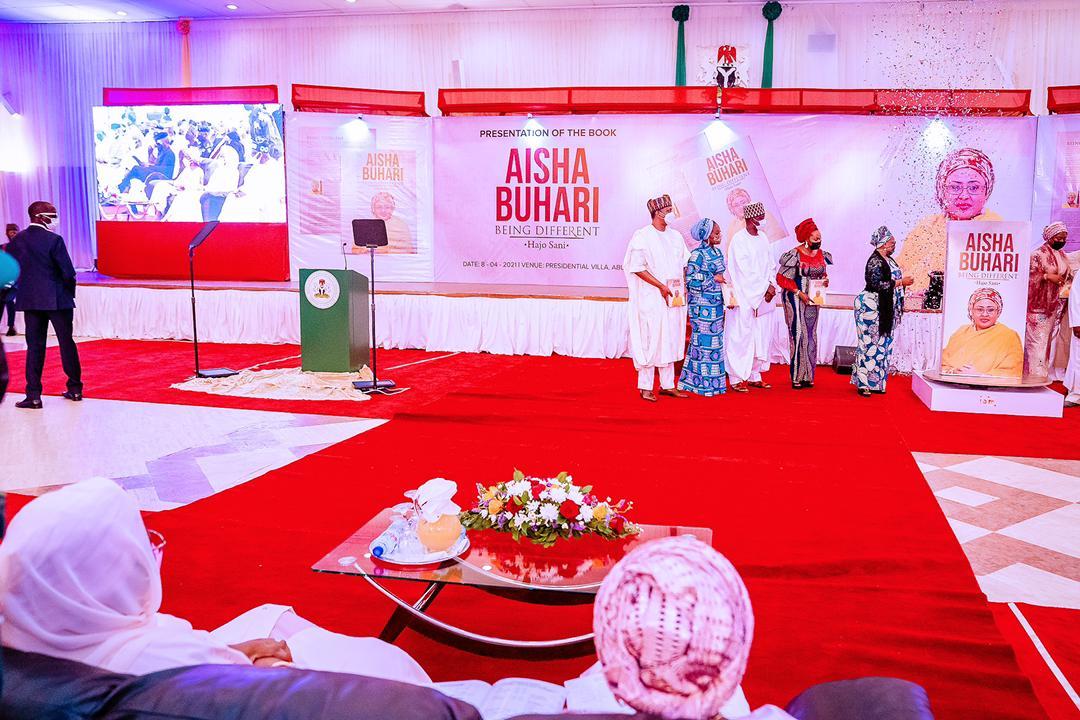 Prominent Nigerians converged on Thursday at the Presidential Villa in Abuja for the launch of a book written in honour of First Lady Aisha Buhari.

Though some top Nigerians who were invited did not show up, the launch of the biography titled, ‘Aisha Buhari: Being different’, was well attended.

The book was written by the Senior Special Assistant to the President on Administration and Women Affairs, Dr Hajo Sani.

But Asiwaju Bola Tinubu, National Leader of the All Progressives Congress (APC) and many governors were on ground.

Below is a list of those who bought copies of the book and what they donated.

The NGF Chairman, Kayode Fayemi and Deputy Senate President, Ovie Omo-Agege, also promised to send an undisclosed amount of money to purchase theirs on behalf of governors and senators respectively.

Sen. Daisy Danjuma and some others also followed the footsteps of the political office holders.