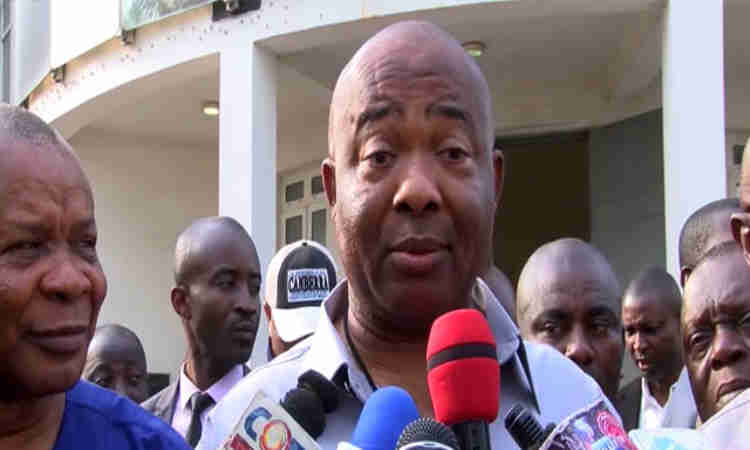 Imo State Governor, Hope Uzodinma has submitted that those who coordinated the recent attacks in his state want to use it to destabilize the government.

He held that their plan for launching the attack was to destabilize both his government and the federal government led by President Muhammadu Buhari.

He however noted that he already has evidence on how hoodlums were paid to invade Imo State and those who paid them for the act, adding that some of those arrested in connection with the recent attacks have already confessed.

The Governor added that he is going to forward a report of his findings to the central government for further action.

“It is not only on my government, it is both on my government and the Federal Government. We have credible evidence leading to those who paid the hoodlums, where they met, and how they met. Security agencies are already working with this information,” he said on Wednesday during a Channels TV interview.

“Some people are trying to sponsor a synchronized national crisis to bring the government of Muhammadu Buhari to disrepute, otherwise tell me why these things are happening at this time, particularly in Imo, APC state.

“People are sponsoring these people. Some of them already caught have made confessional statements. I am going to forward my report to the central government.”

Naija News recalls gunmen on Monday, April 5, attacked and burnt the Imo State Police Command headquarters situated in Owerri and burnt almost all the vehicles parked in the compound.

The correctional center in Owerri, the state capital was also attacked where 1,844 inmates were also released.

Earlier, this online new medium reported that Uzodinma also claimed during the interview that aggrieved politicians, not necessarily members of the Indigenous People of Biafra (IPOB) were behind the attacks

Meanwhile, Nigeria Vice President, Yemi Osinbajo, on Wednesday called the acting Inspector General of Police, Usman Baba, to notice about the security issues affecting the nation at this time.

Osinbajo stated this after he decorated Baba with his new rank at the Presidential Villa, Abuja.

He said, “You are assuming office at a very turbulent time in the life of our people. There are multiple threats to law, order and public safety.

“The role of law enforcement agencies, particularly that of the police force as primary agency charged with maintaining law and order, has never been more important.

“The police force is our institution of first resort, the first line of defence against crime and anarchy and the first sign of the strength of the state.”