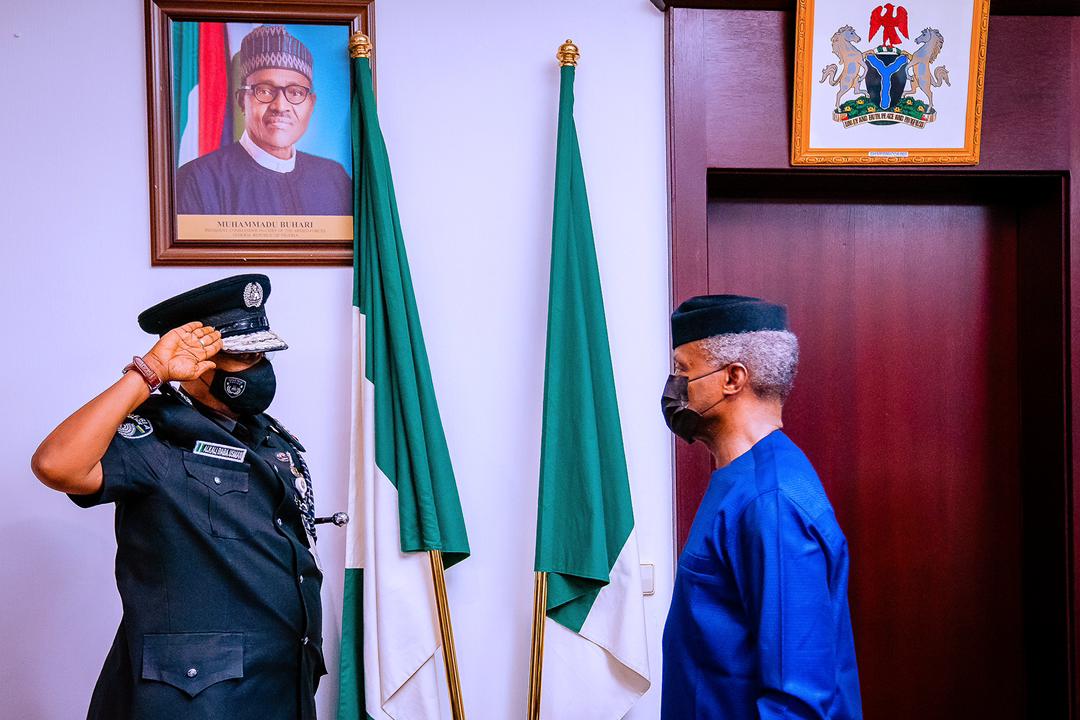 Speaking on Wednesday during the decoration of Baba with his new rank at the Presidential Villa in Abuja, Osinbajo also urged the acting police boss to restore dignity to the force as soon as possible.

The vice-president encouraged the new IGP to "stamp out the excesses and abuses and the culture of impunity" from the police force.

Osinbajo reminded Baba of the security challenges facing the country, asking him to get to work immediately and curb the multiple threats to law, order, and public safety.

"IG, you are assuming office at a very turbulent time in the life of our people. There are multiple threats to law, order and public safety. The role of law enforcement and particular that of the police force as primary agency charged with maintaining law and order has never been more important. The police is our institution of first resort, the first line of defence against crime and anarchy and the first sign of the strength of the state.

"The challenges before you are indeed onerous and will test your mettle, the organisation you are leading is one that is itself facing several challenges. Your officers work still in extremely difficult conditions. And some face the threat of physical harm by terrorists, hostile non-state actors while in the line of duty but they have lived up to expectations.

"There is no question at all that there is a lot that needs to be done. There is a lot of work that needs to be done. Under your leadership. The police must now rebuild in some ways also the broken bridges of trust to the public and regain the confidence of the citizenry. This is an ongoing challenge is an ongoing task that the police force and all of the senior members of the police force must take on as a responsibility, that of the continual process of building trust to the Nigerian people."

The vice-president advised Baba to implement community policing in order to curb the growing insecurity in the country.

He added: "One of the ways you can do this is by implementing the community policing policy which had already taken off and reconceptualising policing as a task carried out in partnership with local communities and by officers who are members of these localities. Under your leadership, the force must live up to all of the highest standards of professional conduct and compliance with the rule of law. It must significantly improve the welfare and working conditions of its officers."