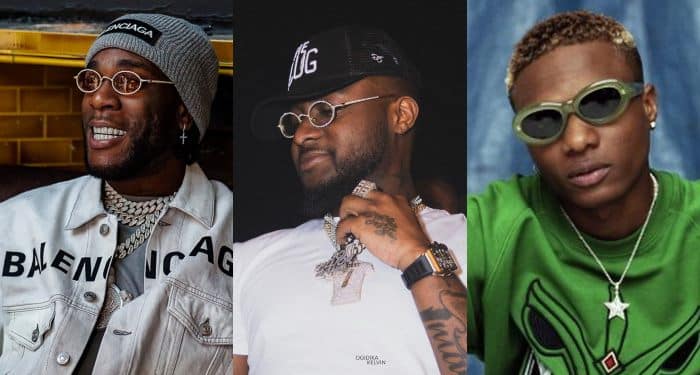 Some Nigerians like Burna Boy, Davido, Wizkid, Omotola Jalade Ekeinde, Funke Akindele-Bello, Chimamanda Ngozi Adichie and many others were featured on the Forbes ‘100 Innovations, Inventions & Icons From Africa’.

The Director-General of the World Trade Organization, Ngozi Okonji-Iweala, Genevieve Nnaji, also made the list.

Forbes noted that the list was compiled from Hollywood actors and Grammy artists to award-winning ideas that can save the world.

It also said the list is a way of “celebrating these very ideas, inventions, and influential role models that have spelt Africa’s growth over the last decade”.

The magazine on its official Twitter account, @Forbesafrica, said, “This also includes the award-winning ideas that had defined the African continent and influential role models that have spelt Africa’s growth over the last decade.”

Omotola while reacting to the development, took to her Twitter account and wrote, “Thanks @Forbesafrica for the inclusion in the 100th issue of Africa’s icon personalities.”

Talking about Davido, the publication described him as ‘one of Africa’s biggest musicians.

Omotola Jalade Ekeinde: Easily one of the biggest actors to come out of Africa, multi-award-winning Omotola J Ekeinde has appeared in over 200 movies, according to Entrepreneurs. In 2013, she was featured on Time magazine’s list of the 100 most influential people in the world alongside Michelle Obama, Beyoncé, and Kate Middleton.

Wizkid: Another one of Nigeria’s brightest and biggest stars, Wizkid, is described by Vogue as “an image-maker who speaks to millennials”. The multi-award-winning Afrobeats artist won a Grammy alongside Beyonce for their song Brown Skin Girl (which came off Beyonce’s visual album Black Is King).

Burna Boy: Often known as one of the biggest and most successful African artists on this continent, Burna Boy won the Best Global Music Album category at the Grammys on March 14. The Grammy nomination described Twice As Tall as “a masterclass in the vibe and hustle that have made Burna Boy an international musical force”.

Mr Eazi: Known to the world as ‘Mr Eazi’, Nigerian-born singer Oluwatosin Ajibade has made a name for himself as an award-winning African artist. In 2020, he made the coveted FORBES AFRICA 30 Under 30 list, in which he spoke about the side hustle while in college in Ghana that led him to a best-selling career in music and earning millions of fans along the way.

Swanky Jerry: Also known to the world as Jeremiah Ogbodo, Swanky Jerry is a Nigerian celebrity fashion stylist who has dressed the likes of Pearl Thusi, Davido, Nyanda, Yemi Alade, Tiwa Savage, AKA, Sarkodie, and African presidents and first ladies. In 2020, he made the FORBES AFRICA 30 Under 30 list.

Chimamanda Ngozi Adichie: Known for her feminism which comes across not only in her books but in the way she speaks, Chimamanda Ngozi Adichie has brought the power of narrative to all the work she has done. The Half of a Yellow Sun author has been described by The Times Literary Supplement as “the most prominent” of a “procession of critically acclaimed young Anglophone authors [which] is succeeding in attracting a new generation of readers to African literature”, particularly in her second home, the United States (her first being Nigeria).

Genevieve Nnaji: Described as a trailblazer in Nollywood, Genevieve Nnaji’s directorial debut movie, Lionheart, is the first Netflix Original from Nigeria. Unfortunately, it was the first Nigerian submission for the 2020 Oscars before it was disqualified over English dialogue.

Veteran US Rapper, DMX, Dies At 50

Why I Did Not Sign Simi, Falz, Teni To Mavin Records ― Don Jazzy