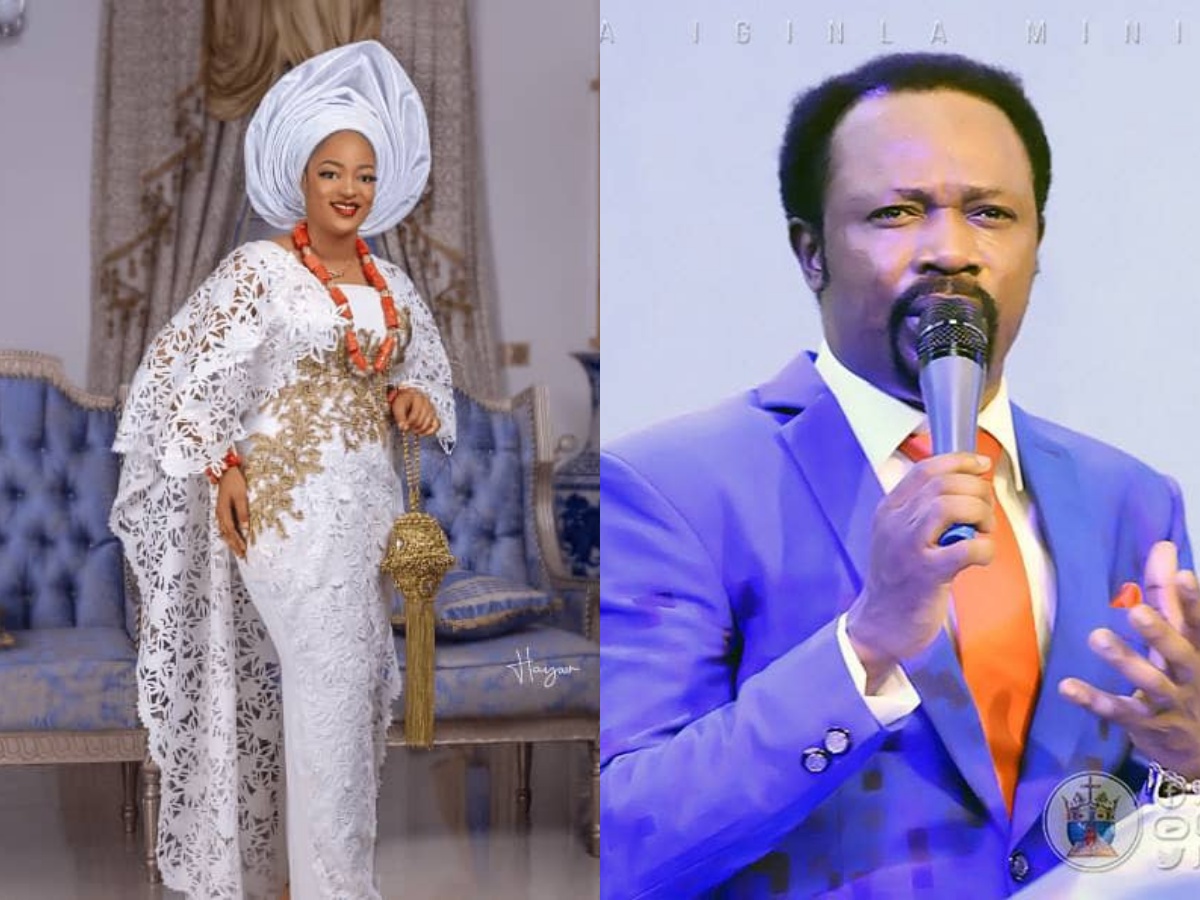 Naija News reports that the clergyman yesterday received the presence of the queen and her mother, Rev Funmi at his 80,000 seater City of Wonders in Abuja.

Expressing her joy in worshipping as a special guest with the Iginla's ministry during the Easter Sunday service yesterday, Ogunwusi described prophet Iginla as a quiet but fiery Man of God.

Decked in her Royal garb on the altar, the queen made rendition of some old gospel songs like Peace Like a River, Have Got my minds made up, and raised a prayer for Prophet Iginla.

In his remark, Prophet Iginla described the Olori as a humble and wonderful person, he also showered encomium on the Oni Of Ife for allowing his wife to visit the ministry.

The clergyman also appreciated the queen's mother, Rev Funmi for accompanying her.

Meanwhile, the presidency has warned the Bishop of Sokoto Catholic Diocese, Mathew Kukah to stop dragging President Muhammadu Buhari's name into issues that don't concern him.

This is even as it noted that the clergyman is not speaking like a man of God based on some of his submissions.

The Presidency in a statement on Sunday signed by Buhari's senior special assistant on media and publicity, Garba Shehu, accused Kukah of playing partisan politics but hiding under the cover of his office as a catholic Bishop to do so, Naija News reports.