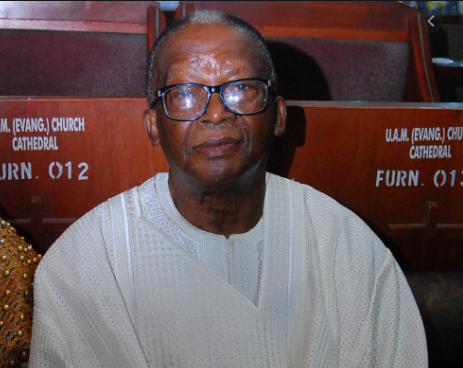 Former Chief of General Staff, Oladipo Diya, has asked Nigerians to shun various agitations in the country and unite to move the nation forward.

In a statement released on Saturday in commemoration of his 77th birthday, Diya urged Nigerians to avoid actions that may lead to war.

The retired Lieutenant General noted that the recent events in the country are alarming, saying the only way to move the nation to greater height is through peace and eschewing violence at all costs.

Diya advised politicians to play by the rules and observe the thin line that separates politics from governance, noting that security matters should not be toyed with on the altar of politicking.

“I have fought many wars in my life. I know the feel, the smell, the agony, and the long-time implications. It is better to dialogue.”

The ex-top military officer said the people, “must confront our common enemy – war and its apostles – so that we can rise together as one.”

He reminded citizens that Nigeria is a uniquely blessed nation with a large vibrant population, and urged them to rise above the challenges.

Diya noted that the country should not allow a repeat of the civil war, adding that it will only lead to destruction and starvation.