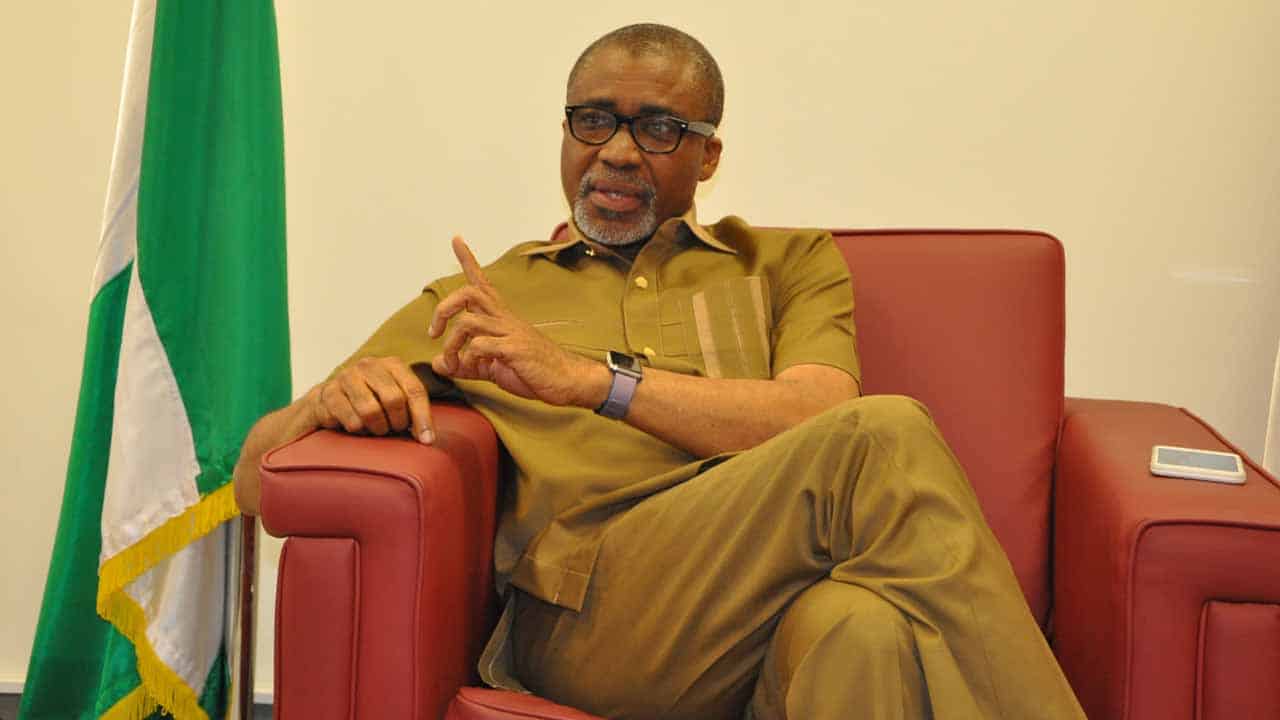 The Minority Leader in the Senate, Enyinnaya Abaribe, on Wednesday, said nobody takes the marching orders issued by President Muhammadu Buhari on insecurity serious.

The lawmaker representing the Abia-South senatorial district during an interview on Channels TV alleged that the handling of security in the country is nothing to write about.

Naija News had earlier reported that the President before his medical trip to the United Kingdom had ordered the service chiefs to fish out bandits and their sponsors.

The senator, however, said the marching order of the President means nothing, even to the service chiefs.

“Why would we take him (President Muhammadu Buhari) seriously? Just the day after he had said we would no longer accept all these kidnappings, this would be the last, they kidnapped again,” he said.

“And those people are still there; those innocent Nigerians are still in captivity up till now. He always makes a statement. Every time these things happen, nothing happens. So it is obvious nobody takes him seriously with that. Even the military chiefs, I don’t think they bother themselves.”

“This is about the umpteenth time that we are hearing the President giving a marching order. Throughout the Buratai time as the Chief of Army Staff, he was always giving marching orders so he has given just another one.”

Meanwhile, Abaribe has said President Muhammadu Buhari was morally wrong to travel to the UK for a medical check-up.

Buhari on Tuesday afternoon, departed the shores of Nigeria for London, the United Kingdom through the Abuja International Airport.