Grammy award-winning US rapper, Shawn Corey Carter, also known as Jay-Z,  has unveiled the tracklist for his African-themed album titled 'The Ascension'.

Naija News reports that The Ascension album will be released in a few weeks time.

Those that would feature in the album include Nigeria's own Olamide and Femi Kuti.

Others are Nasty C and Sarkodie, Beyoncé, Rick Ross, H.E.R and the duo of Lighthouse family.

Speaking on the 16-track album, Jay-Z said, "I've always wanted to get in touch with my roots and connect to the motherland. You know, Africa is blessed with so much talent and I felt like it was time to tap into that resource. The Ascension is not just talking or focusing on Africa but it's also about me giving back to the people, familiarizing with the culture and connecting more with the motherland." 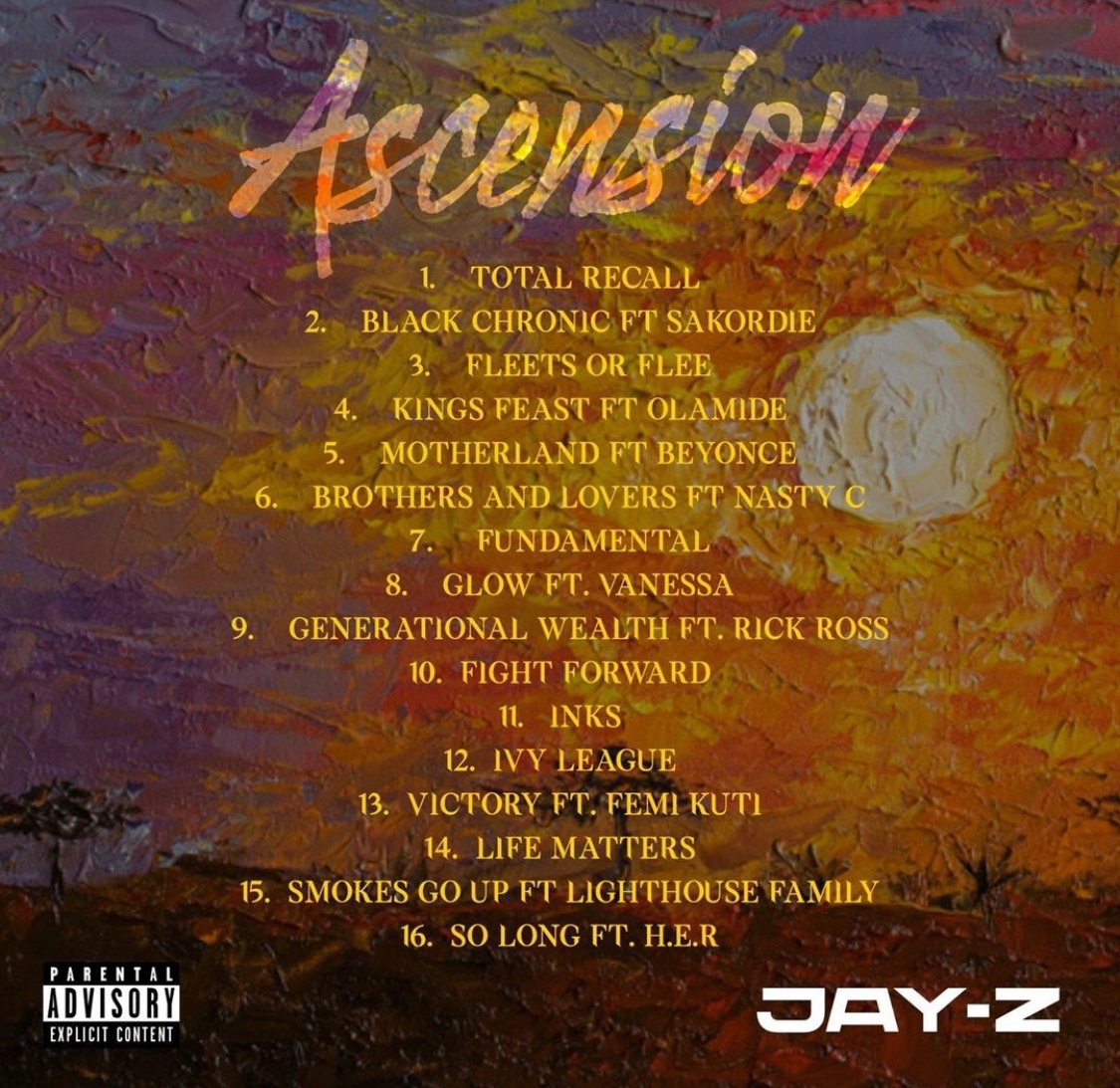