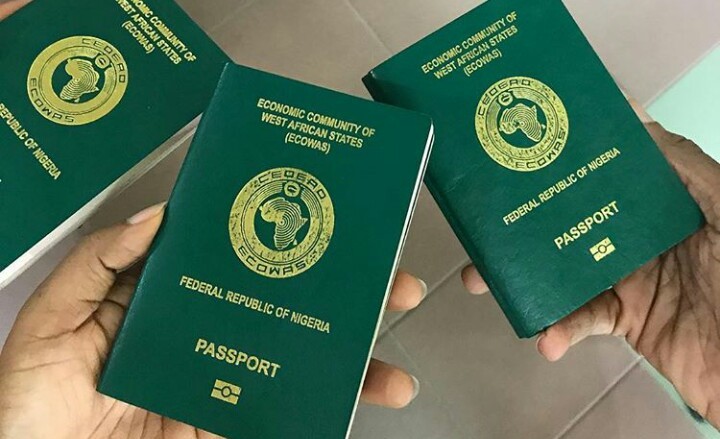 The Nigerian Immigration Service (NIS) has opened a passport issuance office where passport applicants can quickly get one within a day, after submitting a request to the agency.

The office, which opened in Maitama, Abuja, is a joint venture between NIS and Iris Smart Technology Ltd.

Speaking at the opening of the office, NIS Chairman, CGI Muhammad Babandede explained that the office was opened to help overcome the challenges faced by Nigerians as they apply for passports quickly at home and abroad.

He said the Maitama Passport Express Centre (MPEC) was set up to meet the needs of those who have a special interest in paying a premium for a fast passport.

However, Babandede said the process of  Change of Data, Replacement of Damaged, Lost/Stolen passport etc. shall continue to be processed at the Service Headquarters and other approved passport issuing authorities

Regarding the passport fee at the Maitama office, CGI Babandede said, reminded the public not to pay for passports or other NIS documents and services anywhere if not online or other selected banks listed on the agency’s website at www.immigration.gov.ng.

He cautioned the officers who will be working in the office to ensure transparency and accountability, as the commission will not hesitate to punish anyone arrested for negligence or misconduct as per its to officials at the Amana Passport Issuing Office, last week

Babandede reiterated that the NIS will not give up in its efforts to become a fast-growing immigration system.

For his part, Interior Minister Aregbesola, who inaugurated the office, said the government had not increased the passport fee for the office, it was an increase to be paid for the work of the partner company.

Aregbesola also believes that the Maitama office will alleviate the hassle of applying for passports at passport centres across the country.

The Minister commended NIS President CGI Babandede for his tireless efforts in the leadership of NIS, saying that they had launched various development projects in the agency under him.

He also called on NIS officials to be more proactive in border management, which he said was no small feat.

Later, one of the customers who was given the passport gave a satisfactory account of how she got her passport quickly and without any inconvenience.