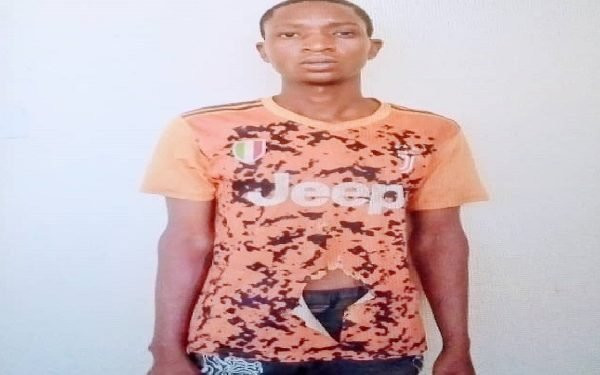 Niger State Command of the Nigeria Police Force has apprehended a young man for allegedly torturing his wife to death.

Reports reaching Naija News at this time alleged that Lawali Danladi who is in his 20, killed his wife, Zulai while they were both arguing over a pap she made for him.

The incident reportedly happened at their home in Kadaura, a village in Yakila Gunna district of Rafi Local Government.

Police while parading the suspect at the command headquarters in Minna, the state capital, disclosed that Danladi tortured Zulai to a coma, adding that she eventually died at the hospital where she was rushed to immediately.

Admitting to his crime, Danladi while answering questions from journalists, said he did not like the way Zulai prepared the pap and that in the cause of their argument, things got heated up which made him pounce on her.

He said: “I never knew she would die. It was just a misunderstanding over mere pap and I did not know that when she fainted, she would not wake up. I should never have beaten her. I regret my action”,

On his part, the spokesperson of the state police command, DSP Wasiu Abiodun, said the suspect has confessed to having beaten his wife to coma adding that by the time she was rushed to the General Hospital Wushishi, she was confirmed dead.

Abiodun added that the suspect will be charged to court.