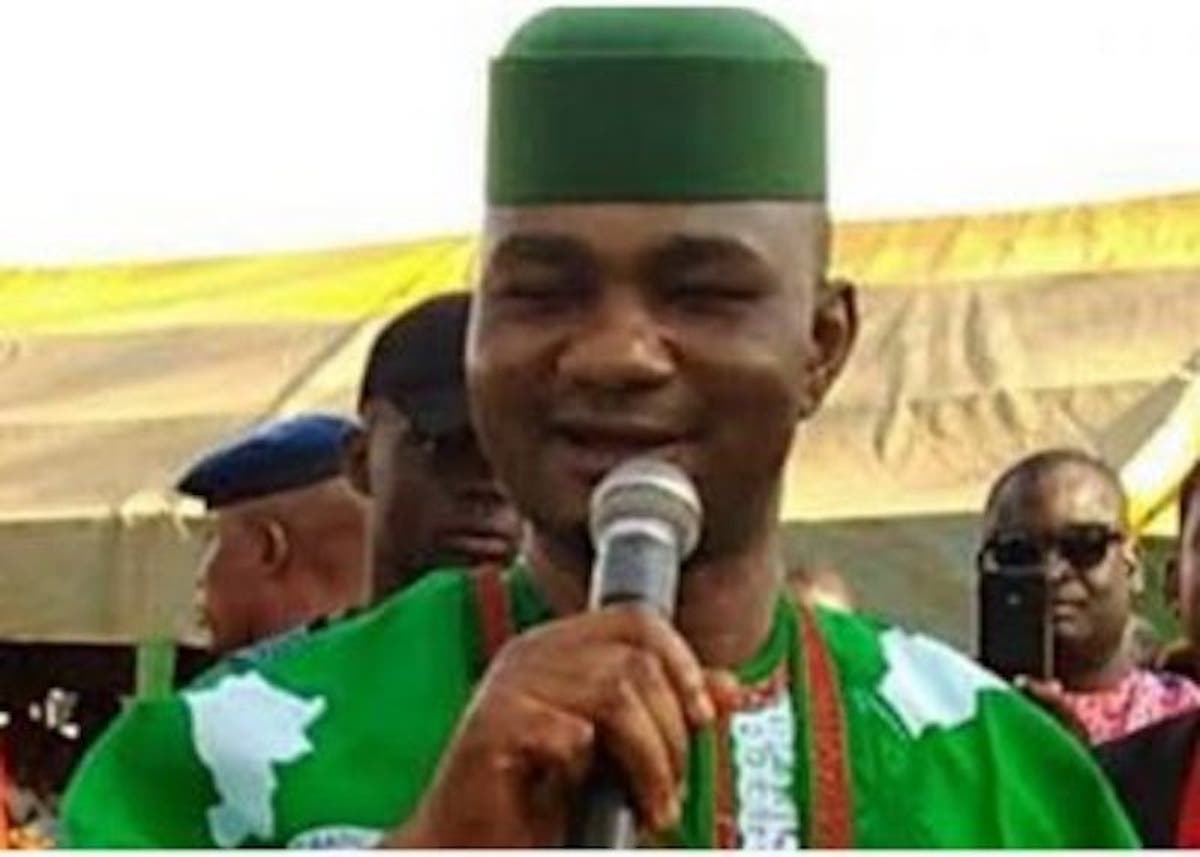 A former chairman of the Peoples Democratic Party (PDP) in Ebonyi State, Barr Onyekachi Nwebonyi has dumped the party ahead of the 2023 general elections in Nigeria.

Nwebonyi who announced his decision on Tuesday, said he was glad to be finally leaving the PDP and joining the All Progressives Congress (APC), alleging that members are not been carried along in party affairs.

He alleged the PDP was full of acts of injustice particularly against the south-east zone and the Igbo race, adding that the 2023 PDP presidential ticket should have been zoned to the region.

He said despite the fact that the region has always delivered for the PDP since 1998 when it was formed, the party didn’t deem it fit to zone its 2023 presidential ticket to the southeast.

Nwebonyi, therefore, said the move is a clear indication of PDP’s deceit and marginalization of Ndigbo.

“Then, we had always delivered the party in all elections and it goes with that saying that comes 2023 is the turn of the Igbo race to produce a Presidential candidate of the party, unfortunately and most amazingly, they said that the ticket is over.

He however promised his allegiance to the state governor, Dave Umahi and appreciated him for appointing him into another position.

He said: “Upon assumption of office in the year 2015, he appointed me the Co-ordinator of my Local Government. Seven months later, I was elevated with the state Chairman of PDP and two days ago, I resigned my membership of PDP; I joined the All Progressive Congress and he has now blessed me with another position as Honourable Commissioner in Charge of the Abakaliki Capital City.

“It’s a thing of joy and I want to use this medium to assure you people of my total commitment towards serving him to make sure that we take the modern city of Ebonyi State to the desired next level.

“We are going to start by the last Saturday of April and you will see the difference. Outside that, we are going to review the town planning because as you can see, people are building houses indiscriminately, building even along the waterways, living along the walk-way paths and with total disregard to the plan of the City.

“So, we are going to go back to the drawing board and make sure that the city is properly designed not just for today but for tomorrow.”

Meanwhile, former Senator Magnus Abe has knocked the Minister of Transportation, Rotimi Amaechi, for agreeing to zone the All Progressives Congress (APC) governorship ticket to the riverine part of the state.

It was learned that at a meeting with party supporters at Ogu-bolo, Amaechi called on the people of the riverine part of the state to prepare for the zoning of the governorship ticket to the area.

Reacting, Abe disagreed with the minister over the statement, adding that it was too early to talk about which zone will produce the next governorship candidate of the party.