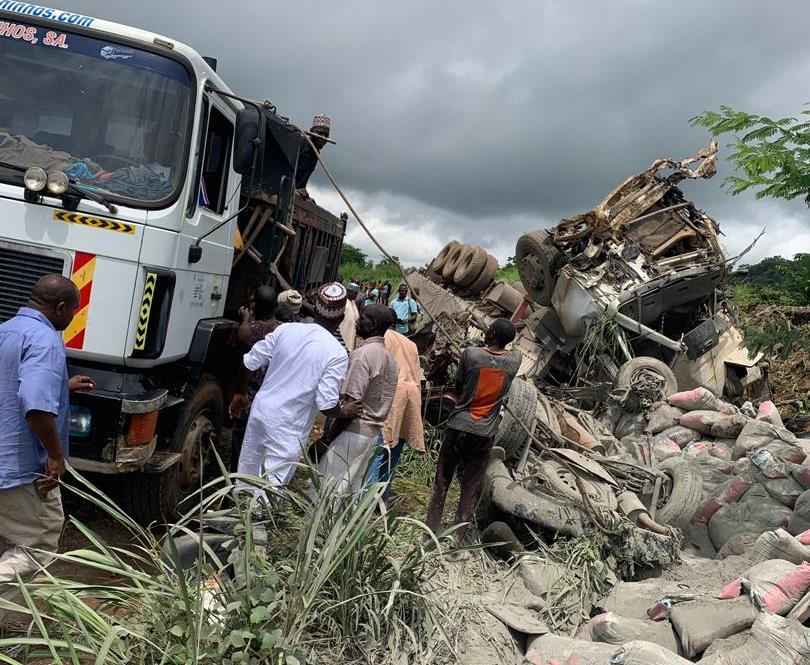 Two people were killed along with 218 goats in a tragic accident on the Kaduna-Zaria highway.

The accident took place between the trailer conveying the animals and a truck carrying detergemt at around 6 am in Dogarawa, Zaria.

Hafiz Mohammed, commander of the Federal Road Safety Commission (FRSC) Kaduna branch said “Two people, 218 goats died in the accident while 63 animals survived. Our men and Fire Service personnel have been at the scene since morning trying to rescue them and put off the fire,”.

He said officers managed to save one person in the blaze, while the other two were trapped in the crashed vehicles.

He added that local authorities had been consulted to ensure that the dead animals were buried, so as not to allow criminals to come and sell them in the markets.