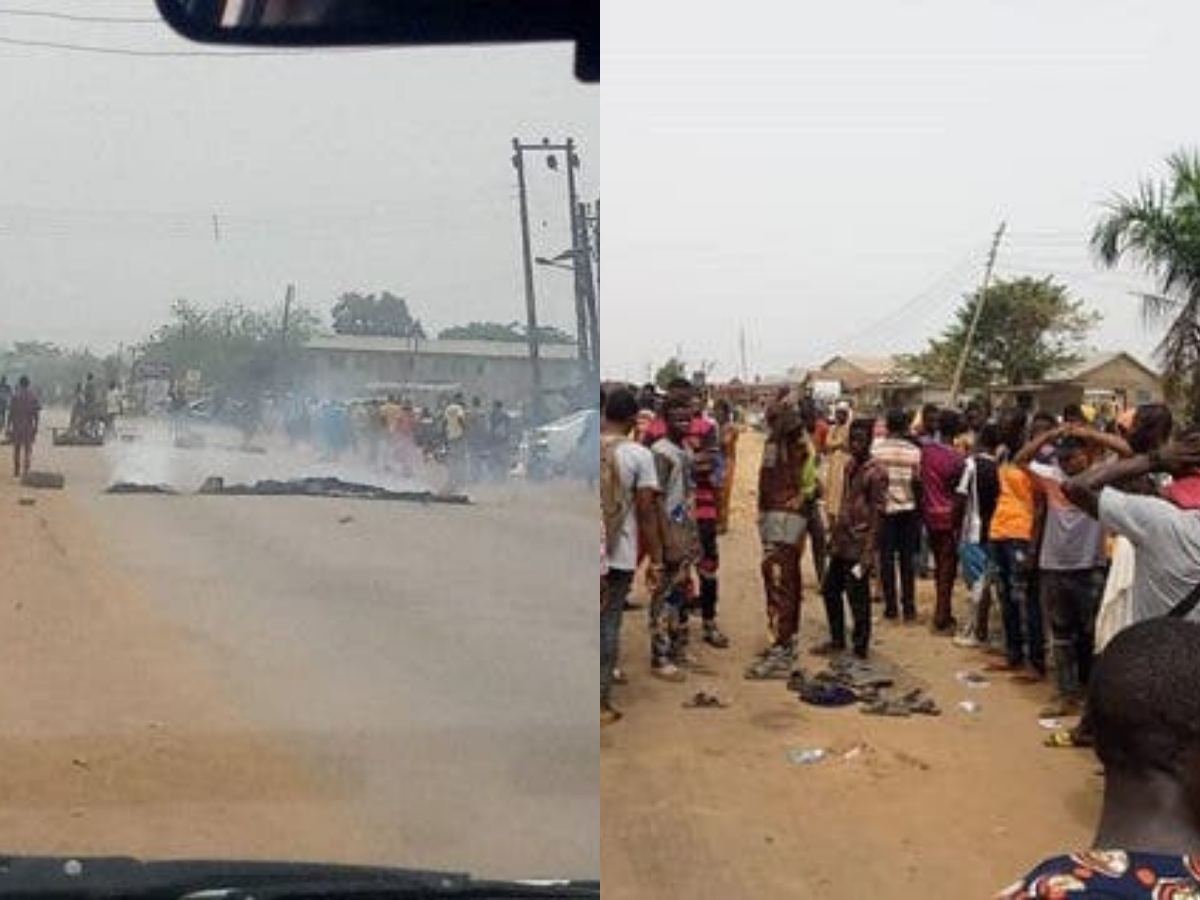 There was a commotion on Monday, March 29 in the Lagelu Local Government Area of Oyo state after a truck crushed to death four secondary school students, Naija News learnt.

It was gathered that students of the Ejioku Secondary School were riding on a motorcycle to school when suddenly a truck ran into them and crushed them to death.

Naija News understands that the incident happened along the Iwo-Ibadan expressway.

An eyewitness while confirming the disturbing event to reporters earlier said “it happened less than one hour ago. Four pupils of the Ejioku secondary school were crushed by a truck.

“Students have started vandalising trucks in Ejioku. They are still here as I speak,” he noted.

“Police must come around to ensure law and order. This is taking another dimension now. The students are on rampage,” the eyewitness added.

Confirming the incident when contacted, the spokesperson of the state police command, Olugbenga Fadeyi, said the bodies have been deposited in a morgue while an investigation into the cause of the accident is ongoing.

In another news, Naija News reports that no fewer than 20 people have died after eating fried meet served by an alleged internet fraudster, popularly known as ‘Yahoo Boys’ at a bar, in Alagbole-Akute, Ogun State.

There are claims that the victims were used for ‘ritual purposes’ by an unidentified cyber fraudster.