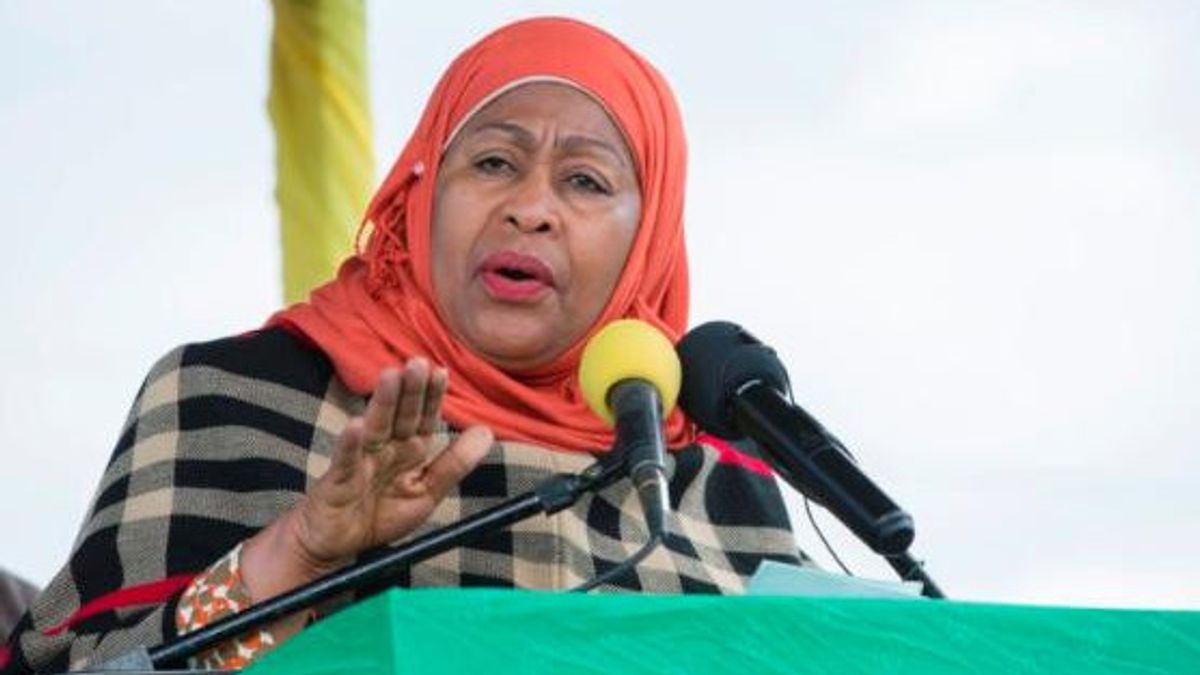 A Tanzanian newspaper, Daily News, has mistakenly announced the death of the new President of the country, Samia Suluhu Hassan.

Naija News reports that the former vice president took over the affairs of the country after the death of President John Magufuli on March 17, 2021.

She made history on March 19 after she was sworn-in as the first female president of the country and the only serving female executive president in Africa.

But on Monday, State Mining Corporation (STAMICO) placed an advert on Daily News to congratulate Hassan on her accomplishment.

However, the newspaper made a mistake by congratulating Tanzanians for “mourning the death” of Hassan. The advert has a photograph of Hassan alongside an inscription with the headline, “congratulation”. 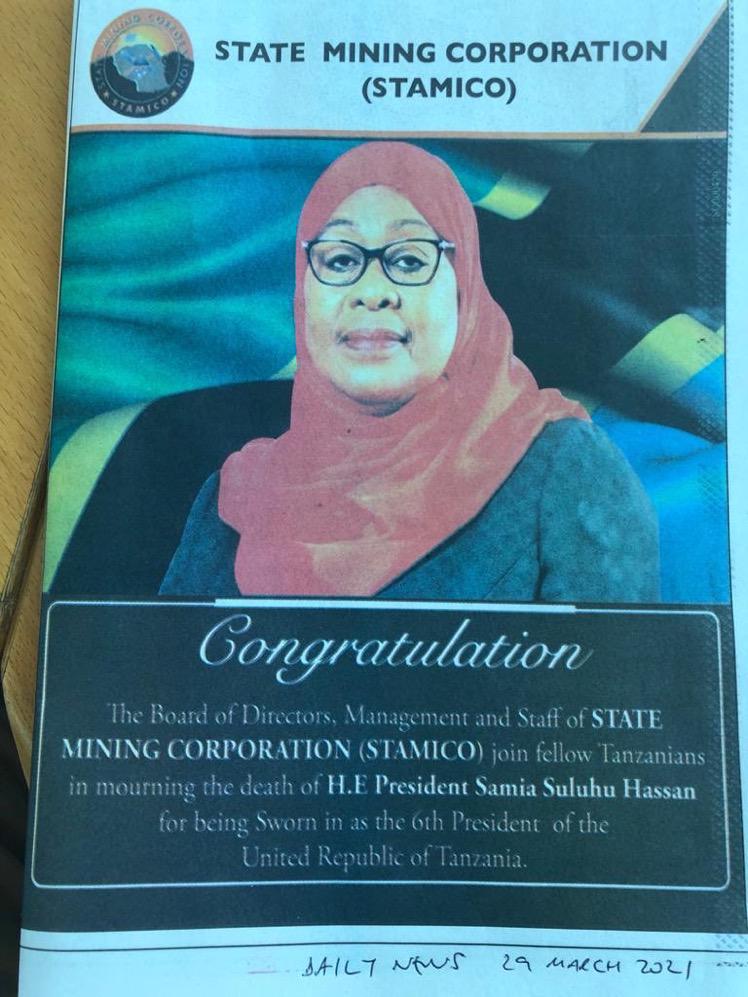 The advert reads: “The board of directors, management and staff of STATE MINING CORPORATION (STAMICO) join fellow Tanzanians in mourning the death of H.E President Samia Suluhu Hassan for being Sworn in as the 6th President of the United Republic of Tanzania.”

Subsequently, the newspaper apologised to President Hassan for “inadvertently inserted mourning the death” of Hassan, instead of congratulating her.

The newspaper said it will publish a corrected version of the advert on March 30.

“The State Mining Corporation (STAMICO) advert that appeared in the DAILY NEWS of today, Monday, March 29, 2021 was inadvertently inserted mourning the death of H.E. President Samia Suluhu Hassan, instead of congratulating Her Excellency for being sworn in as the 6th President of the United Republic of Tanzania,” it said.

“We sincerely apologise to H.E. President of the United Republic of Tanzania and highly regret any inconvenience caused by this error. The corrected version and apology will be republished tomorrow March 30, 2021.“