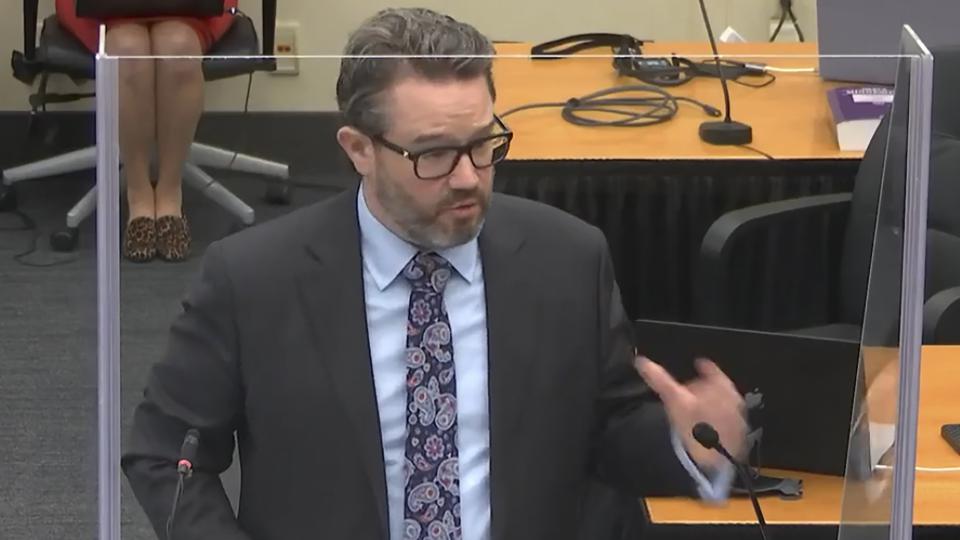 The defense in the Derek Chauvin murder trial began his opening statement by telling the jury that George Floyd allegedly died from drugs and not by the actions of his client.

Attorney Eric Nelson told the jury that there is a evidence that is about more than 9 minutes of video. He then zeroed in on Floyd going to a market shortly before the police confrontation.

He says employees from the market observed Floyd and believed he was under the influence of something. Nelson then raised the issue of Floyd allegedly trying to pass a counterfeit $20 bill.

Nelson says when police got the call from someone inside the market, they said Floyd appeared “drunk.”

He told the jury when Floyd was inside a car after leaving the market he had fallen asleep, again suggesting he was under the influence.

Nelson says when Floyd was confronted by cops, he “put drugs in his mouth” to conceal them, adding that when an autopsy was performed they found a “speedball” in his system, which includes meth and fentanyl.

Nelson says Floyd had incredible strength as he resisted 3 officers. Video shows the car rocking back and forth, indicating there was such a fierce struggle, he said.

He noted Chauvin was 5’9″ and 140 lbs, while Floyd dwarfed him at 6’3″ and 240 lbs, thereby suggesting the force Chauvin used was justified.

The defence counsel also said Floyd had heart issues that were fatally exacerbated by drug intake.

He added that the growing crowd of horrified onlookers actually exacerbated the situation by hurling names at Chauvin and the other cops.