President Muhammadu Buhari is currently meeting with service chiefs inside the Executive Council Chambers of the State House in Abuja.

The Nigerian leader is presiding over the meeting in order to fashion out ways to end the rising insecurity facing the country and the various agitations in the nation.

After the meeting, the President is scheduled to travel to London, the United Kingdom (UK), for a routine medical check-up. 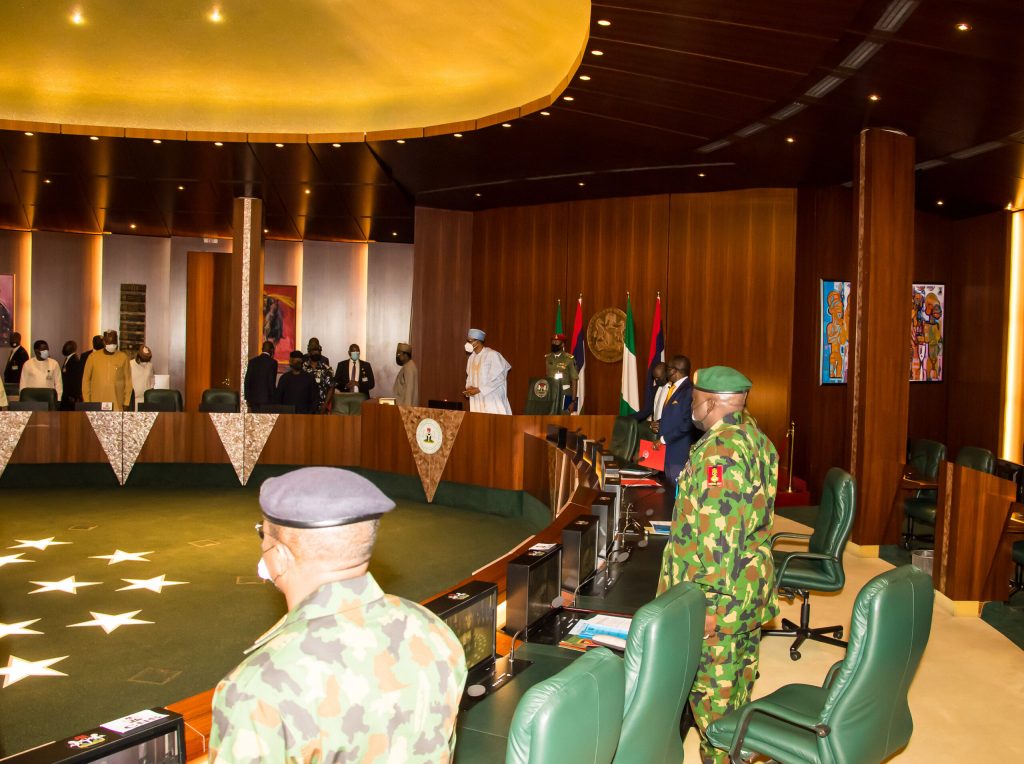 Others are Vice President Yemi Osinbajo (SAN); Secretary to the Government of the Federation (SGF), Boss Mustapha; Chief of Staff to the President, Professor Ibrahim Gambari; and the National Security Adviser (NSA), Major-General Babagana Monguno (Rtd).

Naija News had reported that the Presidential Spokesman, Femi Adesina, had said the president is leaving the country for the UK for a medical check-up and he is expected back in the country in the second week of April.

“President Muhammadu Buhari proceeds to London, the United Kingdom, Tuesday March 30, 2021, for a routine medical check-up,” he had said in a statement on Monday.

“The president meets with security chiefs first in the morning, after which he embarks on the journey.” 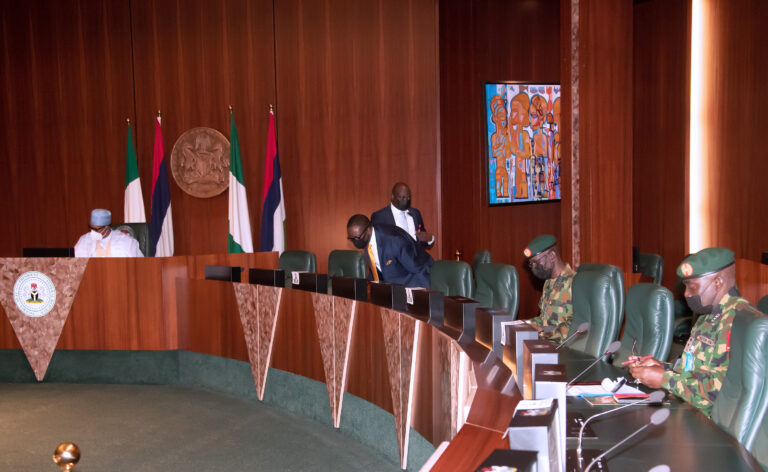 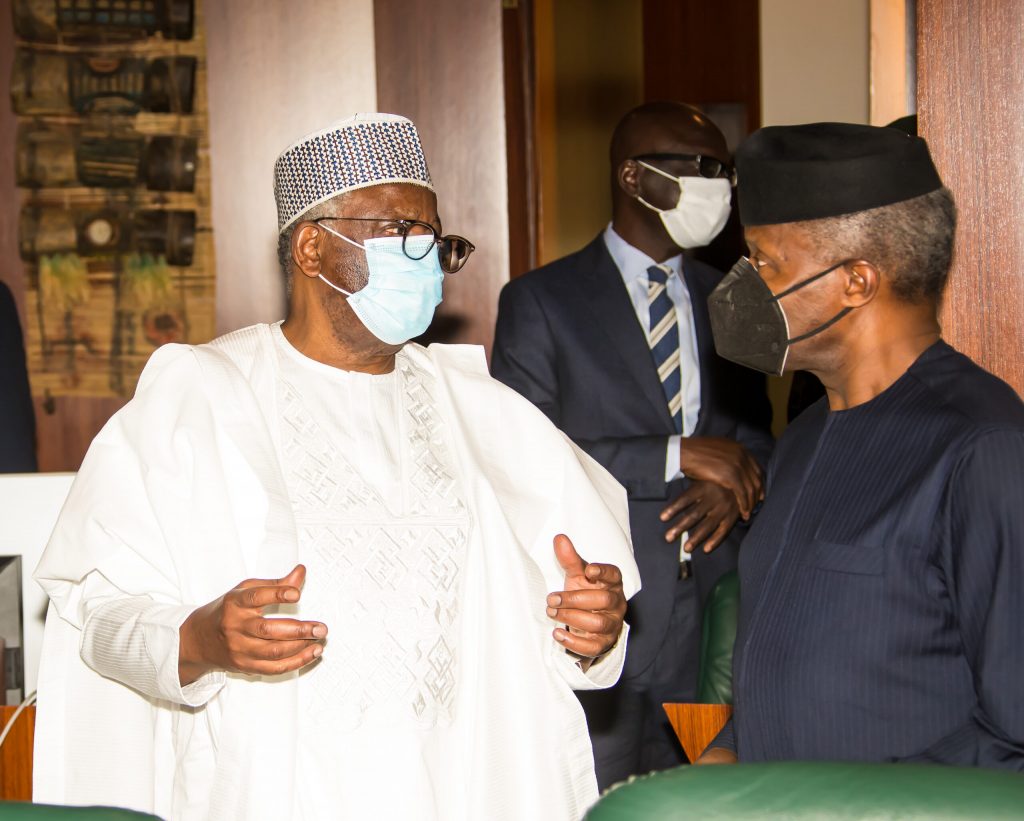 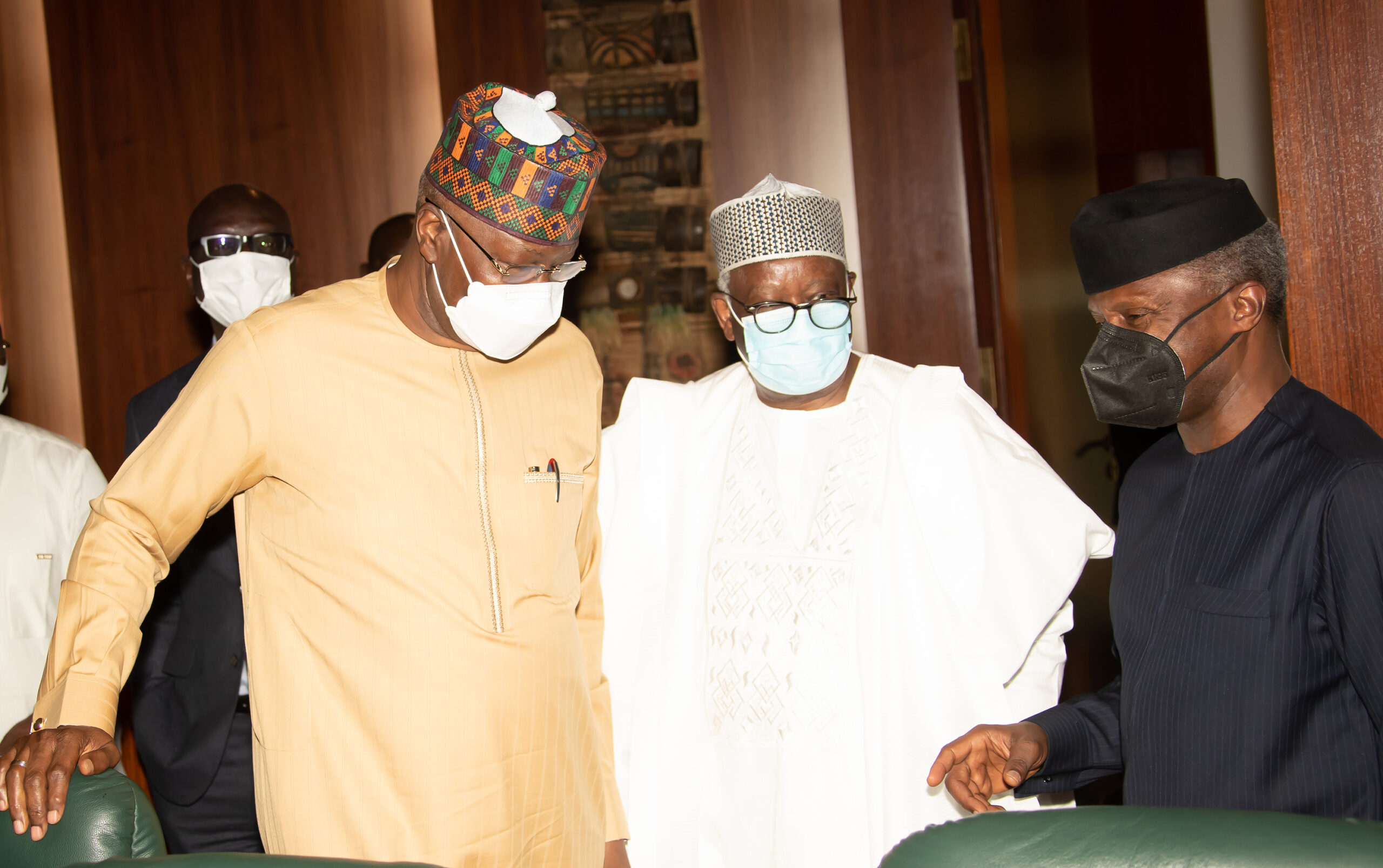