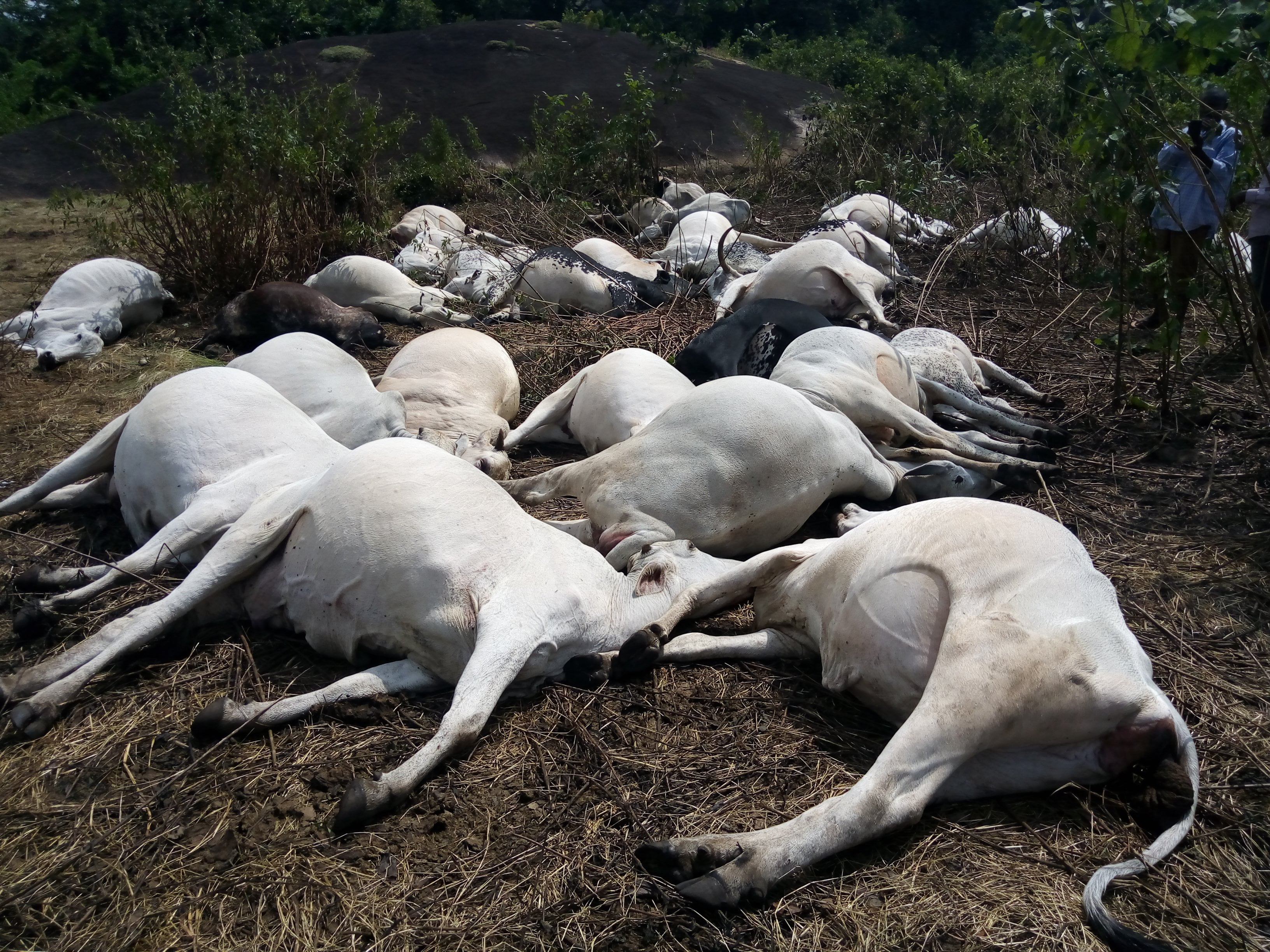 It was gathered that the incident happened at Ibaka area of the community.

A resident of Akungba, Oshk Fela Castro while speaking with SaharaReporters, disclosed that the cows died after eating something suspected to be poisonous.

“My advice to our people in Akungba is to stop buying beef for now because I know some dubious meat sellers will go and buy the dead cows at a cheap price and butcher the meat for innocent people to buy for consumption.”

“I will appeal to people who are living within AUD at Edua in Akungba to monitor how the 50 cows will be disposed off.”

“The information I got was that the cows died after eating something suspected to be poisonous. And the person went further to say if anybody mistakenly consumes or eats the beef, the person may likely die of poison because according to him, the cows started decaying within 30 minutes that the owner discovered they had taken poison.”

“Please, tell your neighbours and friends to be careful of buying (beef) meat now.
I want security agents to quickly move to the area to stop any possible buying and selling of those dead cows.”

In another development, two people were killed along with 218 goats in a tragic accident on the Kaduna-Zaria highway.

The accident took place between the trailer conveying the animals and a truck carrying detergent at around 6 am in Dogarawa, Zaria.