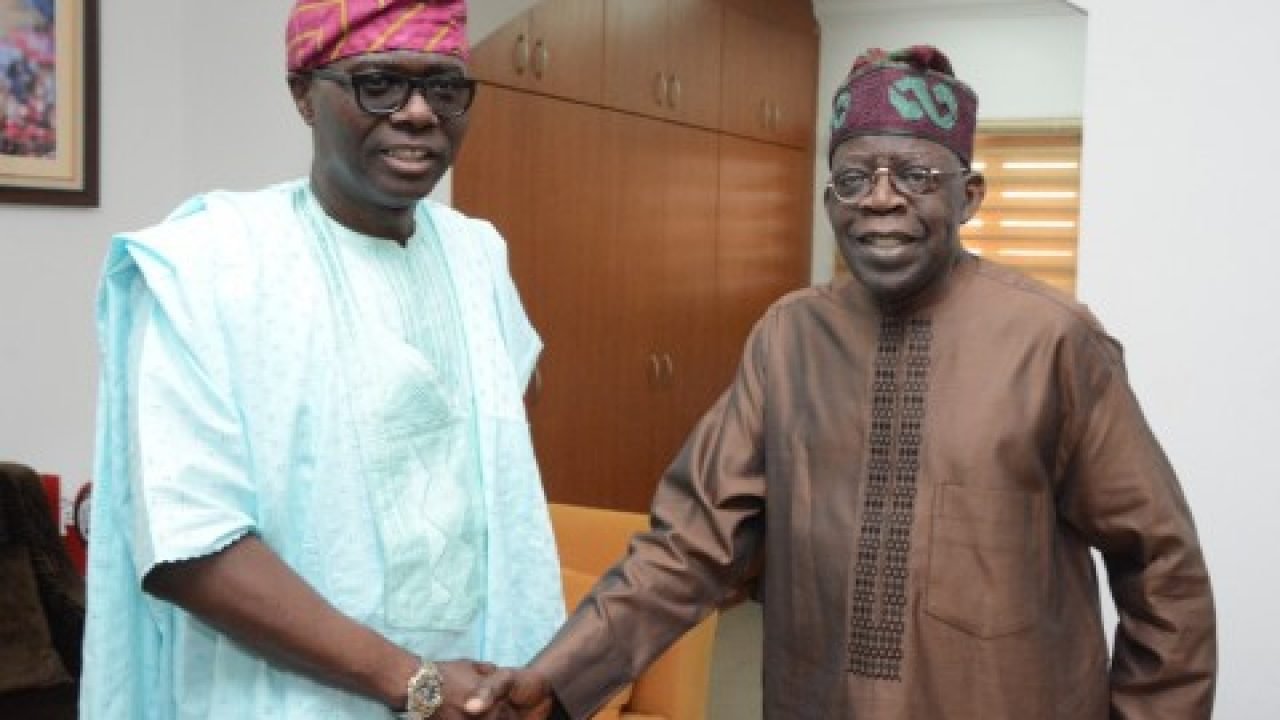 Lagos State Governor, Babajide Sanwo-Olu, has commended the National Leader of the All Progressives Congress (APC), Bola Ahmed Tinubu, for his immense contributions to the development of the country.

Sanwo-Olu praised the former Lagos governor for his impact on the socio-political and economic growth of the state and Nigeria as a whole.

In a statement on Sunday issued by his Chief Press Secretary, Gboyega Akosile, governor Sanwo-Olu noted that the story of the country’s democracy cannot be complete without Tinubu’s name being mentioned.

The governor described Tinubu as a political pathfinder, nationalist, and detribalised Nigerian, who has paid his dues in the political circle.

Felicitating with Tinubu on his 69th birthday, Sanwo-Olu prayed that God will continue to guide and protect, adding that his heart desires will be granted.

“The story of Nigeria’s democracy cannot be told without the name of the Jagaban Borgu written in gold. Thousands are today direct beneficiaries of his political benevolence,” Sanwo-Olu said.

“As a pathfinder, Asiwaju charted the developmental trajectory of modern Lagos, raising the bar of governance and public service in the State and indeed, Nigeria. A cheerful giver who cares about the welfare of the people, Asiwaju personifies tolerance and humanity.”

The governor also rejoiced with the family of the former governor, especially his wife, Senator Oluremi Tinubu, friends, political associates, APC chieftains and members across the country on his birthday.

He added, “On behalf of my adorable wife, Ibijoke, the good people of Lagos State and entire members of our party, the All Progressives Congress (APC), I felicitate with our leader and mentor on his 69th birthday.

“As you march on to a higher pedestal in life, may The Almighty go with you every step of the way and may you accomplish more in the service of our dear country and humanity.”