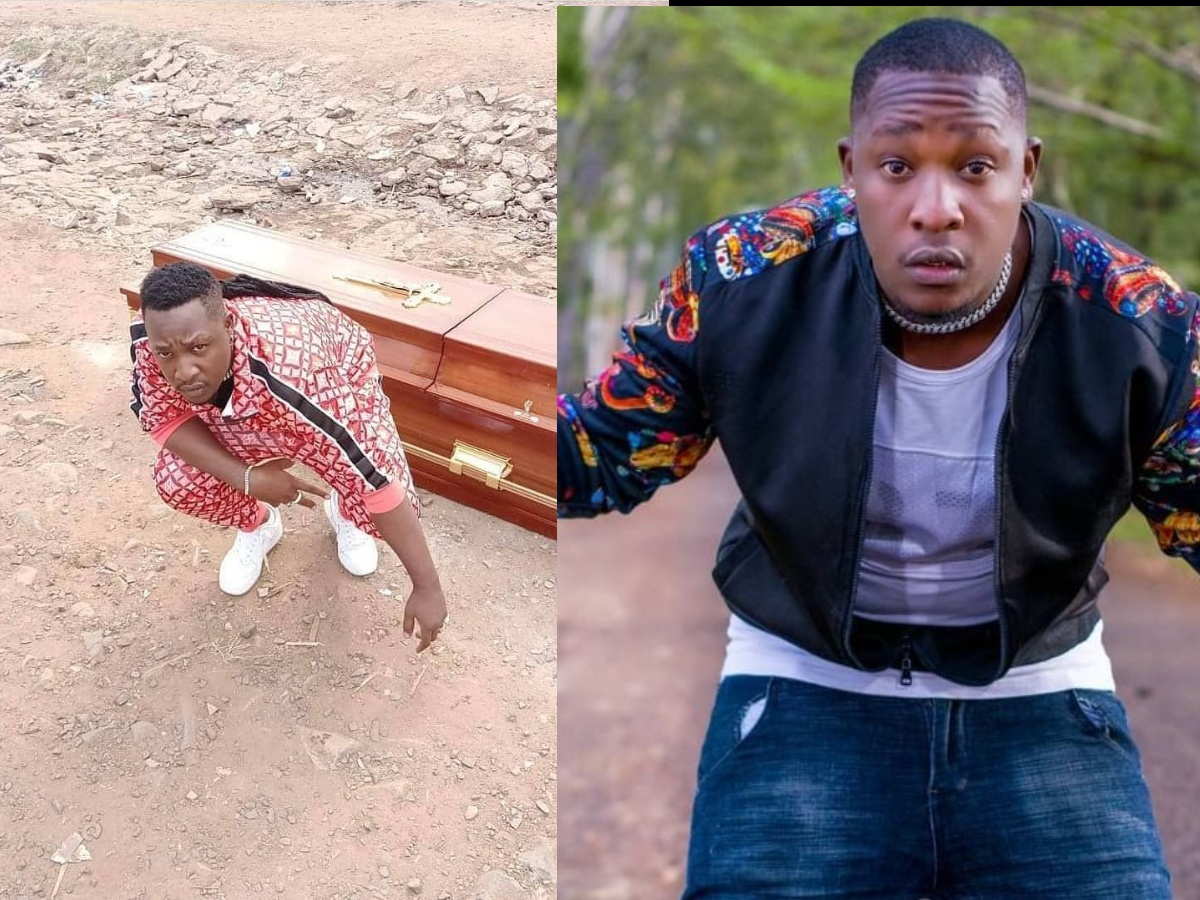 Just like it was reported of late Genius Kadungure of Zimbabwe better known as Ginimbi, a renowned Kenyan musician, Philip Ptaroba Okoyo, has reportedly purchased his own coffin too in anticipation of his death and burial.

Naija News understands that the musician took to his Instagram account during the weekend and posted a photo of himself with a casket, noting that he bought it ahead of his burial.

Japesa as he is also called and identified with on social media said though he cares about his fans so much but that he also worries about the cost of being buried when he eventually dies.

The singer could be seen in the now viral-photo posing with the newly purchased casket. Sharing the photo on Instagram, he wrote: "Bought myself a coffin, just in case nikufe msisumbuliwe na till number."

Naija News understands that Japesa's post had caused a barrage of reactions on social media as some of his fans warned him against awkward utterances about death, noting that words of the mouth are powerful and could come true.

However, some opined that the coffin is cheap and could be afforded by them (his fans) even if he dies.

In another news, a priest resident in Ilorin, Kwara State capital, Abdurasak Al-Sulati, popularly known as Kewulere, has been charged for allegedly killing one Sumo Usman.

Naija News reports that the cleric was arraigned at an Ilorin Magistrate's Court on a two-count charge of criminal conspiracy and culpable homicide contrary to Sections 97 and 221 of Penal Code Law.