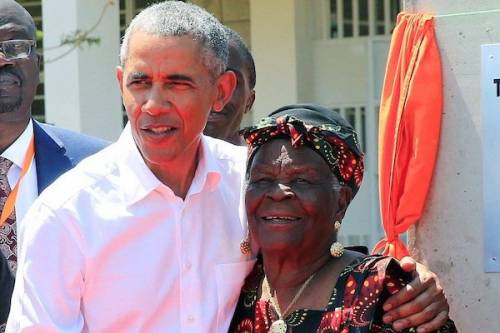 The grandmother of the former President of the United States of America, Barrack Obama, Sarah Onyango, is dead.

According to Nairobi News, the development was confirmed by her daughter, Marsat Obama, who disclosed that she died at the Jaramogi Oginga Odinga Teaching and Referral Hospital, Kisumu at 4.45am on Monday.

The deceased was admitted to the hospital on Sunday morning, but died in the early hours of Monday.

The family is making arrangements to have her buried today (Monday) at the Muslim Cemetery in Kisumu.

“We are trying to see whether we shall be able to bury her today and if not, we shall bury her tomorrow,” a relative said.

In another development, some officers of the Plateau State Command of the Nigeria Police Force, have been condemned over the alleged killing of one Saddam Adam.

It was gathered that the truck driver was shot dead by officers on patrol at the Kuru checkpoint in Jos.