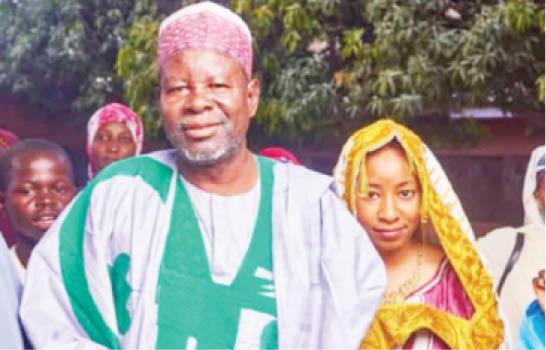 A twenty-four-year-old woman identified as Amina Aliyu has been accused of killing her co-wife, Fatima Aliyu, days after her husband married the deceased in Minna.

Naija News had earlier reported that Fatima was attacked at her apartment by the rival wife who after beating her to pulp set her ablaze.

The father of the deceased, Ibrahim Yayaha Sidi Na Khalifa in an interview with Daily Trust has called for justice in his daughter’s case.

He further stated that the Holy Quran has clearly stated the punishment for someone who kills another without a just cause.

He said, “I will never forgive the blood of my daughter. The Qur’an says ‘We had ordained for them a life for a life’…, so I want to see that judgement is passed on the perpetrators of this dreadful act.”

Malam Na Khalifa further stated that he had mixed feelings when informed about his daughter’s death, he said, “the Prophet Muhammad, who does not tell anything but the truth, had given glad tidings to anyone killed unjustly that they will abide in paradise.”

“Based on those glad tidings, I have no iota of doubt that my daughter will be among the dwellers of the paradise and that makes me happy. But I am grieved and it is really agonising bearing in mind that I will see her no more in this world and I am pained thinking what she went through in the hands of her assailants,” he said.

The bereaved father described his daughter as a peaceful, demure and well-behaved girl, who was different from her siblings in terms of good character.

He added that he is happy that the Emir of Minna has shown interest in the matter and some human rights groups have also indicated an interest in pursuing the matter to its conclusion.

The Commissioner of Police in Niger State, Muhammed Adamu, who spoke to BBC Hausa Service, said there were strong indications that the co-wife was culpable of the homicide as it was confirmed that the deceased was hit on the head before she was set on fire.

He confirmed that the principal suspect and three other suspected accomplices are in police net and that investigation into the matter was ongoing.