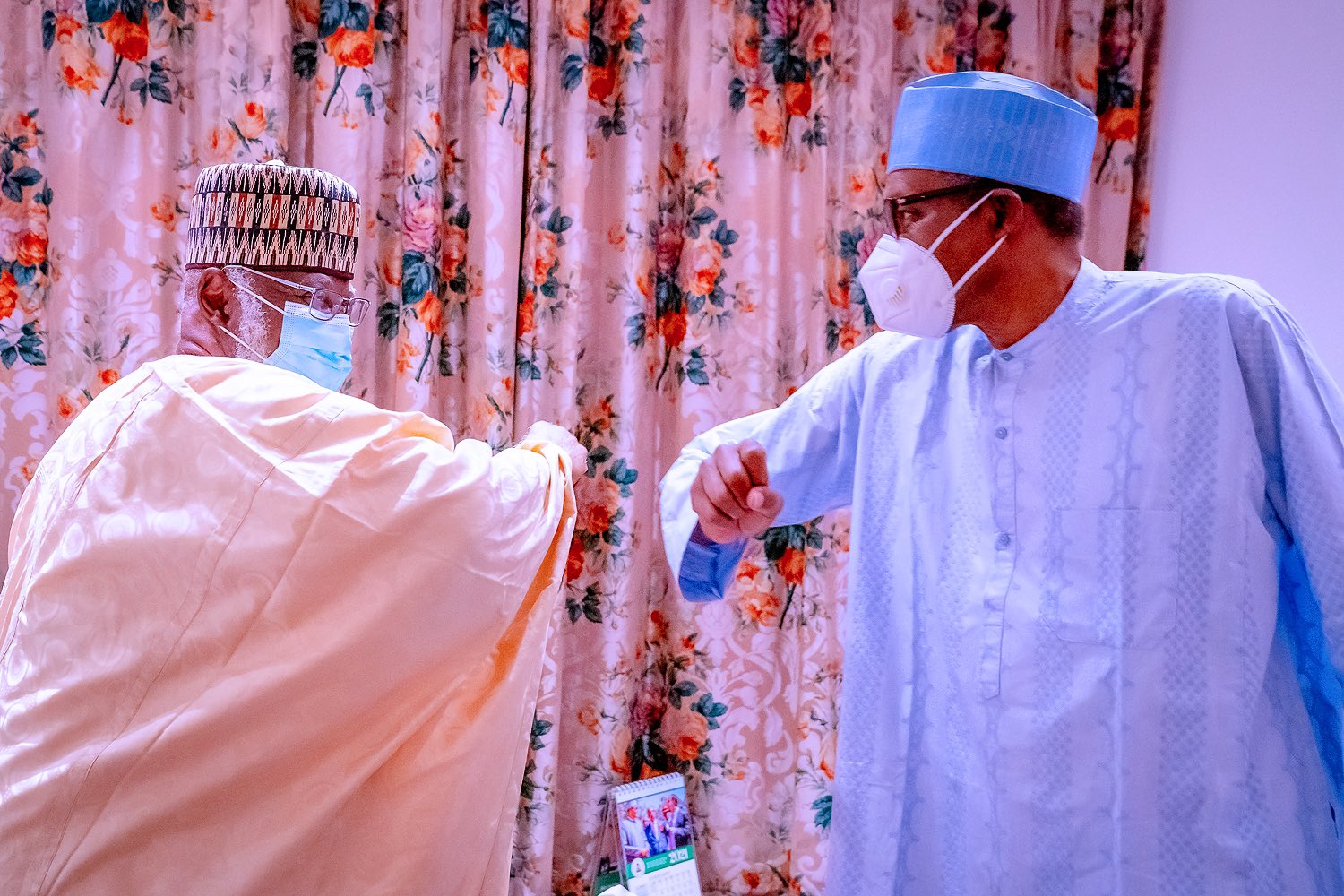 Though the presidential aide did not disclose the agenda of their meeting closed-door meeting, there were, however, suggestions that the meeting could be about insecurity in the Northern part of the country.

See a photo of the two leaders below as shared by Ahmad on Friday (today).

Meanwhile, a son of former president Olusegun Obasanjo, Olujonwo, has called on Governor Yahaya Bello of Kogi State to contest for the 2023 presidency.

Naija News reports that Obasanjo’s son made the call during a courtesy visit to Yahaya Bello in Abuja, FCT.