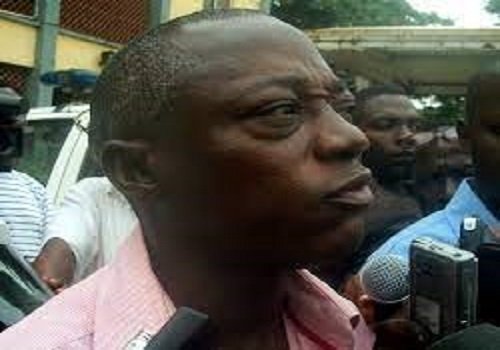 The Chairman of Motor Parks Disciplinary Committee, also known as Motor Parks Management System in Oyo State, Mukaila Lamidi, has denied the claim that he is after the life of former House of Representatives Majority Leader, Mulikat Adeola-Akande.

Lamidi who is popularly called Auxillary also denied that he was instructed by the state Governor, Seyi Makinde to carry out the killing.

He called on politicians in the state to desist from damaging his name over issues he has no knowledge of.

The former lawmaker, had last week alleged that Lamidi is after her life on the instruction of the state Governor.

She took the opportunity to call on government to give her maximum security due to the allegation.

Lamidi while reacting to the allegation in a news conference in Ibadan said he could not even identify the former majority leader who accused him.

He asked her to desist from politics of destruction.

“It amazes me. I have never met her before. She is not a driver like me and I am not a politician. Why must I run after her life? I don’t know anything about it at all…,” he said

“We cannot identify each other even when we see. I don’t know her house and I am sure she doesn’t know my house also,” Lamidi said.

He said his role is to oversee the activities of members of his union and not to fight for the government.

“Governor Makinde didn’t ask me to involve in politics or to attack anyone for him, but to work with commercial drivers. I don’t know Alhaja Adeola-Akande and I cannot involve myself in the politics of Oyo State. I urge her to find those behind her ordeal,” Auxiliary added.