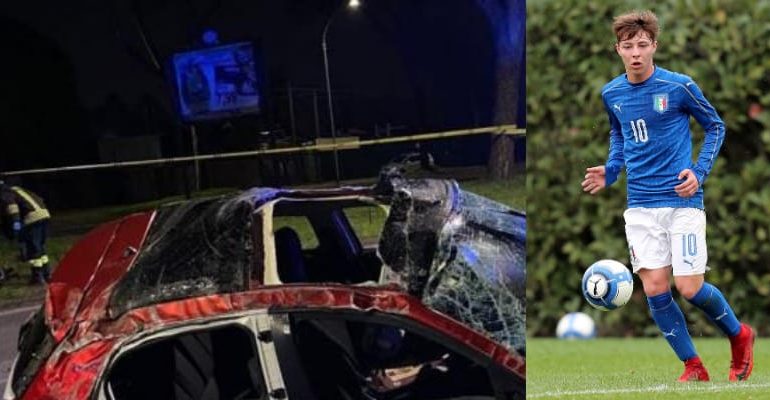 Lazio midfielder, Daniel Guerini has died at the age of 19 following a car accident in Rome, Italy.

The midfielder’s death was announced by Lazio via their official Twitter handle.

It was gathered that the crash reportedly happened around 8pm on Wednesday and two other people are believed to be in critical condition.

“We are shocked by the pain. The president and all the people involved with Lazio are together with the family of the young Daniel Guerini,” Lazio tweeted on Wednesday.

Meanwhile, other Serie A clubs, including Torino and Fiorentina, paid their tributes to Guerini.

“The President, Urbano Cairo and the whole Torino Football Club are incredulous and deeply saddened, gather around the Guerini family for the tragic death of Daniel, our former Primavera player,” Torino tweeted.

Fiorentina added, “We are shocked and saddened to learn of the sudden death of Lazio youngster Daniel Guerini, a member of the Fiorentina youth academy in 2018/19 and 2019/20.”