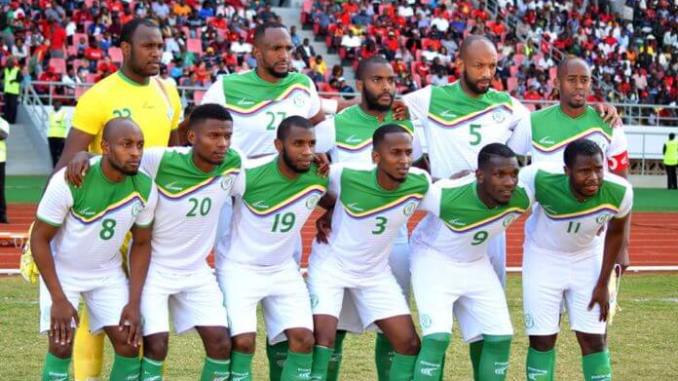 An Island in East Africa, Comoros, has just secured its first-ever qualification to the Africa Cup of Nations (AFCON).

Naija News reports that the country which is the fourth-smallest African nation by area has barely one million people living in it.

They qualified for the 2022 biennial competition after pulling a draw against Togo in the ongoing Nation’s Cup qualifying series.

Comoros is in the same group G with Egypt, Kenya, and Togo.

Recall that Comoros winger, Said Bakari, had said he expects the people of the country to go “crazy” this week if they reach the Cup of Nations finals for the first time.

“They went crazy after we beat Kenya last November so I expect more of the same if we create history,” the Netherlands-based winger had said.

“It is a wonderful feeling representing a nation knowing that everyone — young and old, male and female — is willing you to succeed.”

Comoros debuted competitively in the 2010 World Cup/Africa Cup of Nations qualifying and have improved consistently since suffering heavy home and away losses to Madagascar then.

The island began its qualifying campaign with a shock win in Togo in October 2019 thanks to a goal from Faiz Selemani.

A draw with record seven-time African champions Egypt and a draw and victory over Kenya followed, leaving them trailing Liverpool star Mohamed Salah and his Pharaohs only on goal difference.

Stability has been a key factor in the growth of the team from South east Africa with Marseille-born Abdou in charge since 2014.