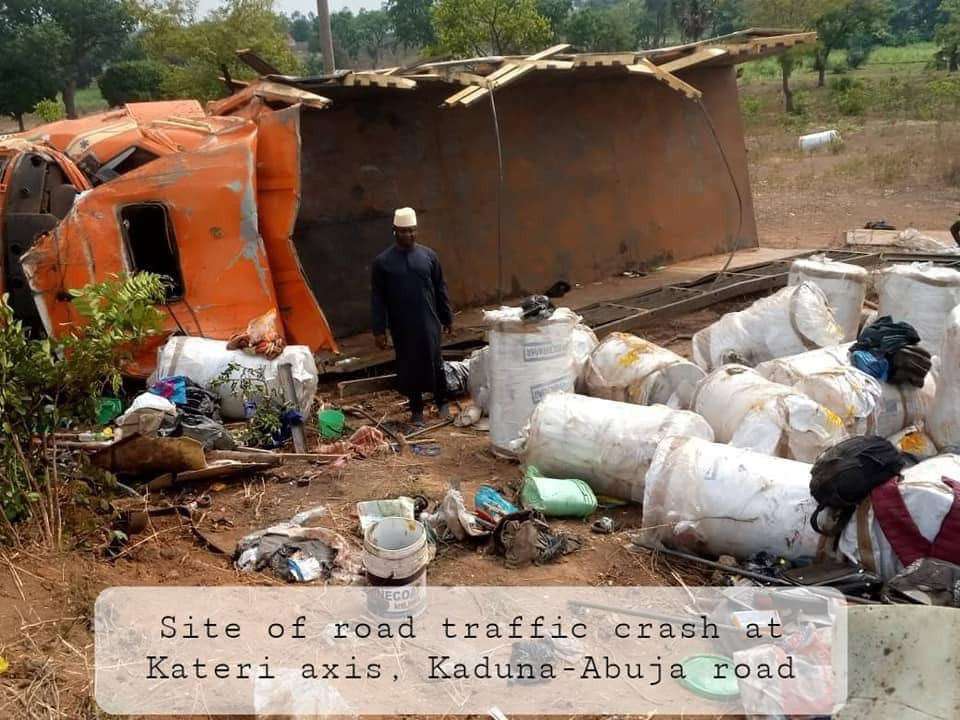 Nineteen people were killed in a tragic car accident on the Kaduna-Abuja highway on Sunday.

Authorities said the incident took place on Sunday evening near the town of Katari, according to a statement from Kaduna State Commissioner for Internal Security and Home Affairs

According to security sources, the accident involved a large DAF trailer, and the speed of the truck caused the tire to explode, causing the truck to overturn and crash into the bush.

Thirty-four people were injured, including fractures and headaches. But they have already been evacuated and are being treated at a hospital, the statement said.

The statement said the driver of the vehicle, Auwal Idris, said most of the passengers were picked up from Kara near a petrol station in Lagos, with the intention of dropping some in Zaria, while the rest would end up in Kano.

Kaduna State Governor Nasir El-Rufai expressed shock at the accident and prayed for the victims, and conveyed his condolences to the families of the victims.