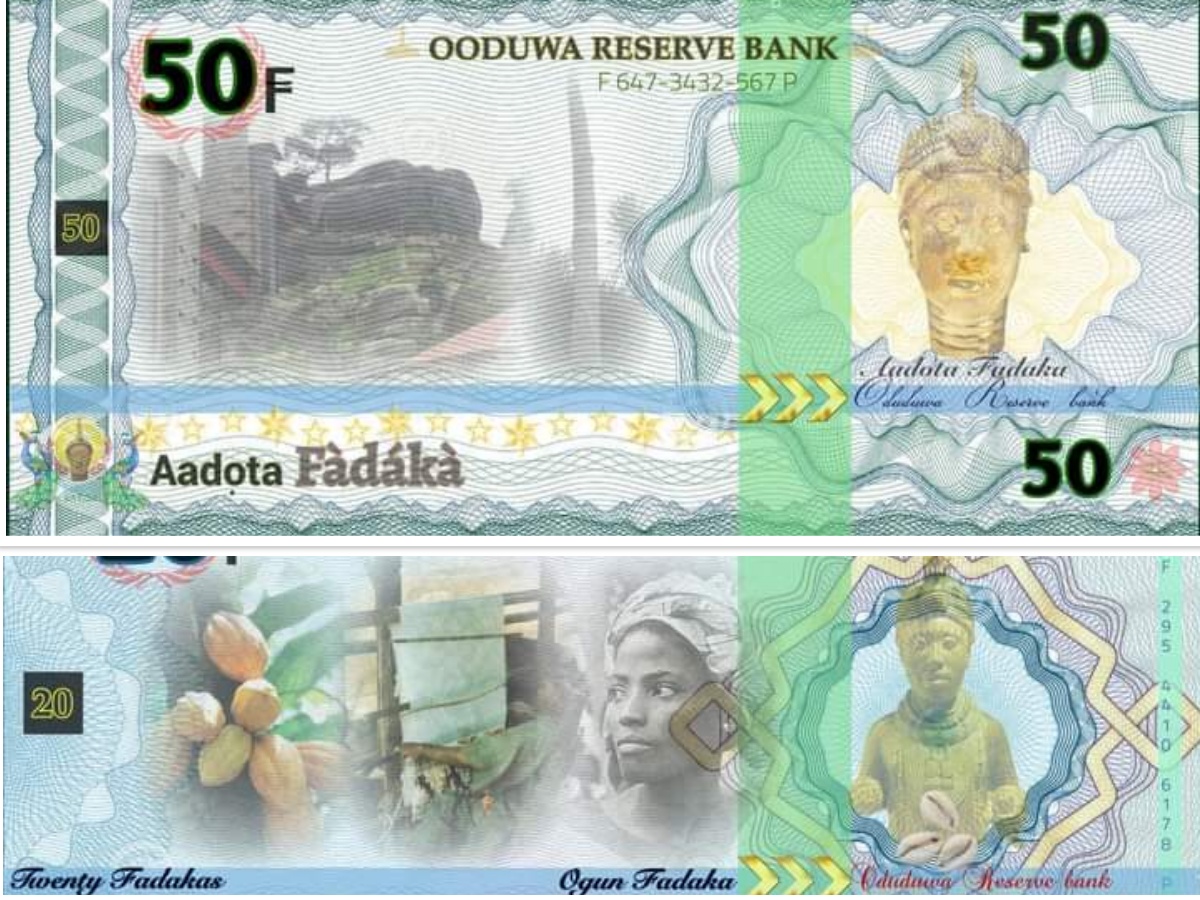 The Yoruba Nationa agitators in a post on its Twitter account on Sunday, March 21 confirmed the name of the new currency to be ‘FADAKA’, meaning ‘SILVER’ in the queen’s language.

The tweet on the Yoruba Nation microblogging platform reads: “Oduduwa National Currency shall be called ‘??????’ Meaning Silver or short as just ‘ ???’.

“Here is a 20 Fadaka Sample Banknote.

Meanwhile, the Nigerian Military on Saturday denied claims by Yoruba activist, Chief Sunday Adeyemo popularly called Sunday Igboho that he captured some soldiers sent to spy on him.

The Defence Headquarters in a statement by the Acting Director, Defence Media Operations, Brigadier-General B.E Onyeuko in which it reacted to the viral video claiming some spies sent by the military were captured by the men of the freedom fighter denied any link with some of those arrested.

The statement also added that the Armed Forces of Nigeria has a constitutional responsibility to protect the territorial integrity of the nation and won’t abandon its responsibilities to start spying on a single person.

The Military further noted that one of the men dressed in military uniform as soldiers in the viral video has been identified to be a serial impersonator.