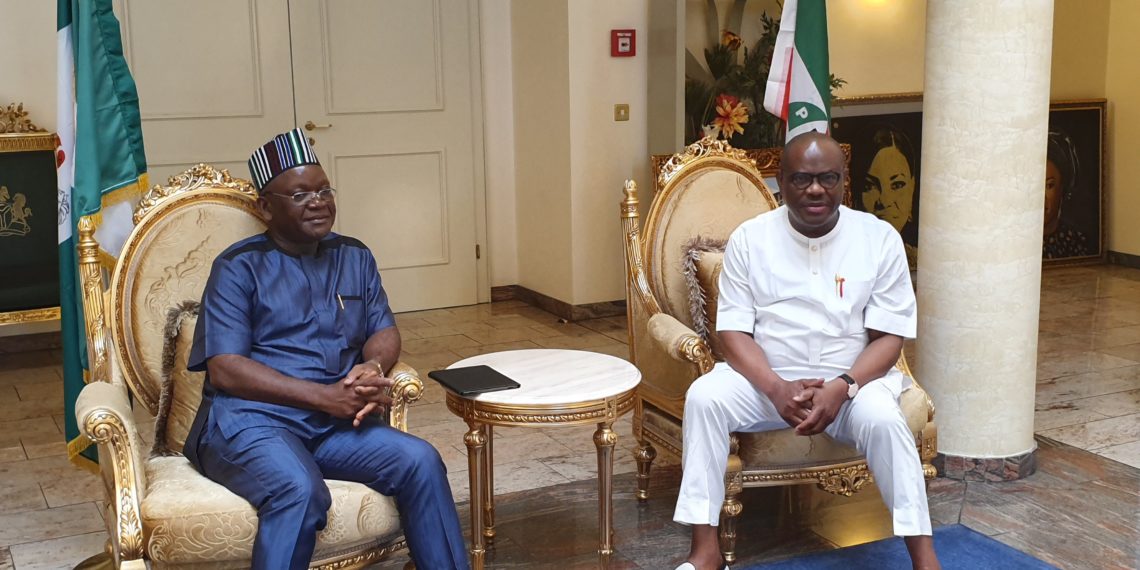 Wike added that the federal government should be held responsible if anything happens to the Benue State Governor.

Wike made the submission in his reaction to Saturday’s assassination attempt on Ortom’s life when he visited his farm.

It will be recalled as previously reported by Naija News that Ortom confirmed that he almost lost his life during an attack on Saturday by some gunmen he described as herdsmen.

Ortom’s convoy was attacked along Makurdi/Gboko road in Makurdi Local Government Area of Benue but his security team repelled the attack and whisked the Governor to safety.

Reacting to the entire incident, Governor Nyesom Wike of Rivers State said if his Benue State counterpart is killed, Nigeria would be buried.

“If you kill Ortom, then be prepared to bury Nigeria. If anything happens to Governor Ortom, the Federal Government will be held responsible and they should be prepared that there will be no more Nigeria,” Wike threatened.

He also lamented the deplorable state of security in the country and the growing trend of general insecurity where criminals openly threaten the lives of citizens.

Meanwhile, the Nigerian Military on Saturday denied claims by Yoruba activist, Chief Sunday Adeyemo popularly called Sunday Igboho that he captured some soldiers sent to spy on him.

The Defence Headquarters in a statement by the Acting Director, Defence Media Operations, Brigadier-General B.E Onyeuko in which it reacted to the viral video claiming some spies sent by the military were captured by the men of the freedom fighter denied any link with some of those arrested.

The statement also added that the Armed Forces of Nigeria has a constitutional responsibility to protect the territorial integrity of the nation and won’t abandon its responsibilities to start spying on a single person.

The Military further noted that one of the men dressed in military uniform as soldiers in the viral video has been identified to be a serial impersonator.