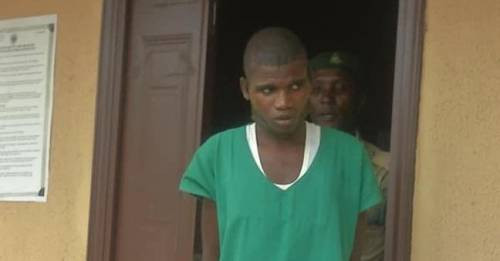 21 years old Timiondu Jephtath has been sentenced to 10 years jail term by the Bayelsa State High Court sitting in Sagbama for raping a five-year-old girl to death.

It was gathered that the incident occurred in 2016 in Akede community, Sagbama Local Government Area of Bayelsa state when Jephtath was a 16-year-old teenager.

He was also accused of dumping her lifeless body in an abandoned fish pond close to his residence.

The Presiding Judge, Justice E.G Omukoro in his ruling in the suit numbered SHC/4C/2016 with a one-count charge of murder brought against the accused by the State Ministry of Justice, declared that the charge becomes manslaughter due to the inability of the prosecution to prove the intent to commit murder.

He noted in his ruling that the court is mindful of the young age of the offender and believes he can repent and turn away from such acts.

Justice Omukoro thereafter ordered that the defendant be detained at the Okaka Correctional Centre in Yenagoa or elsewhere as the Governor may determine, for a period of 10 years at the pleasure of the State. 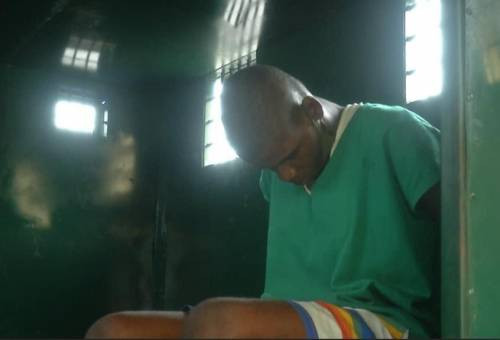 Reacting to the sentencing, the Acting Chairperson of the International Federation of Women Lawyers (FIDA), Mrs Ebimietei Ekeowei Ottah, said the judgment is a stern warning to everyone that it is no longer business as usual in Bayelsa as every offender will face the law.

“It is a sound warning to the general public that it is no longer business as usual in Bayelsa state. Once you are brought before the law, the law will take its course and catch up with you,” she stated.

“It has been a worrisome practice in Bayelsa State and more worrisome are the issue of negotiation with culprits by parents of victims of defilement or rape. It can no longer be tolerated or swept under the carpet as settlement. We call on parents, teachers, neighbours and guardians to be vigilant and speak out against cases of rape, defilement and violence against women in the state.” she added.

Naija News reports that the baby was found by a good samaritan who informed the police operatives attached to Abattoir Division of the command.

It was gathered that the policemen quickly raced to the scene and picked up the baby for necessary medical attention and safety.

Receiving the baby in his Ikeja office on Tuesday, Odumosu ordered the Gender Unit of the command to hand over the baby to the Child Protection Unit of the Ministry of Youth and Social Development of Lagos State.