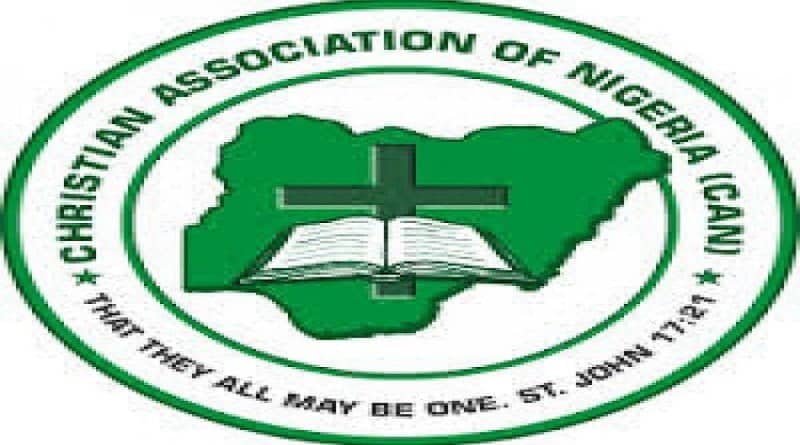 The Christian Association of Nigeria (CAN) has commended the Vatican for its stand on same-sex marriage where it declared that the catholic church will not bless such unions.

CAN in a statement on Tuesday, signed by its general secretary, Joseph Bade Daramola in which it reacted to the Vatican decision said Pope Francis took a Godly and timely decision.

It will be recalled as earlier reported by Naija News that the Vatican described as unchristian, the blessing of same-sex-marriages irrespective of their positive elements.

The Vatican office responsible for church doctrine, on Monday, March 15 declared that it was impossible for God to ‘bless’ sin, hence, it is not right to impart a blessing on relationships, or partnerships, even stable, that involve sexual activity outside of marriage between a man and a woman.

Reacting to the development, CAN said the Vatican took the right decision as clearly stated and defined in the Bible.

The Christian umbrella body in Nigeria argued that whatever is is not bible-based must be totally rejected and commended the federal government of Nigeria for rejecting the pressure to legalize same-sex marriage in the country.

“Our joy knew no bound when we learnt that the Vatican’s doctrinal office, the Congregation for the Doctrine of the Faith (CDF) rejected the same-sex union or marriage, a position which was endorsed by Pope Francis.

It is one decision too many. We agreed with the Pope that the godly and timely decision is “not intended to be a form of unjust discrimination, but rather a reminder of the truth of the liturgical rite”. CAN commends Pope Francis for standing by the Scripture that is superior to any civilization.

Even the practice is accursed to the animals, we wonder why normal human beings will be practicing it and we condemn it in strong terms.

We totally agreed with the Vatican that, what is to be blessed needs to be “objectively and positively ordered to receive and express the grace, according to the designs of God inscribed in creation, and fully revealed by Christ the Lord.

“For this reason, it is not licit to impart a blessing on relationships, or partnerships, even stable, that involve sexual activity outside of marriage (i.e., outside the indissoluble union of a man and a woman open in itself to the transmission of life), as is the case of the unions between persons of the same sex.”

We call on any government, especially in Africa, that has endorsed same-sex marriage to retreat from the practice. We commend the Nigerian government for resisting the pressure to reverse its earlier anti-same-sex policy and law,” the CAN statement noted.

Meanwhile, the National Orientation Agency (NOA) has commended the decision of the Vatican to instruct all catholic churches not to conduct same-sex marriages.

The spokesman for the NOA, Mr. Paul Odenyi declared that the position of the Vatican is in line with the stand of the Nigerian government on the matter, which declared gay relationships illegal in the country.